by TBK Magazine 7 years ago3 years ago 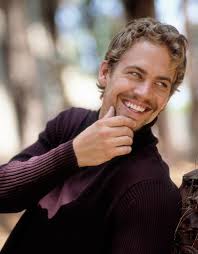 I don’t normally write Hall of Hunks articles, but this time I felt that it was necessary. Today, I would like to induct Paul Walker. You see, I am a big fan of The Fast and the Furious franchise and his death has saddened me. Paul Walker was born September 12 1973 in Glendale California. His acting career started in commercials as well as making appearances in such T.V. series such as different strokes, Whose the Boss and Charles in Charge. Paul Walker majored in marine biology and is also known for his humanitarian work. Paul Walker passed from this earth on November 30th 2013 in Valencia, Santa Clarita, California. He will be missed by his fans. In the days to follow, people will say that his death was ironic, I say tragic is the better word. I will say this though, if heaven has Highways, he’s probably already burning them up!

Rest in peace Paul Walker, you will be remembered.

P.S. He read for Anakin Skywalker and was turned down because he was too old. George Lucas, you suck!!!