I can understand Lindsay Lohan going off the deep end because she is a little insane and will make a person do some crazy shit. I can understand Amanda Bynes going completely bat shit crazy. I think we all remember The Amanda Show. I want to know where the biggest Myspace whore on the planet is able to go nuts. The reason she was able to even get a reality show was because she was good at hitting the add friend button. I wish that was the case to get a reality show, executives at MTV should have been in the Yahoo chat rooms.  I use the term “celeb” loosely with this nut job but have you heard some of the things this bisexual nut job has said? First, let’s start off with the Paul Walker comment. If you do not know what she said about the late actor, let me show you. 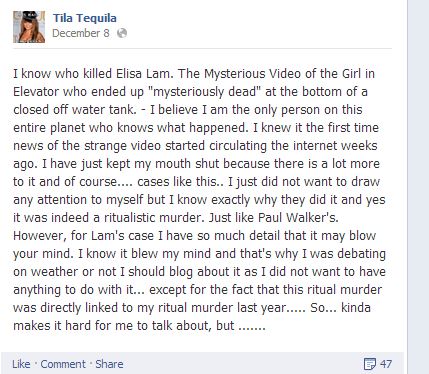 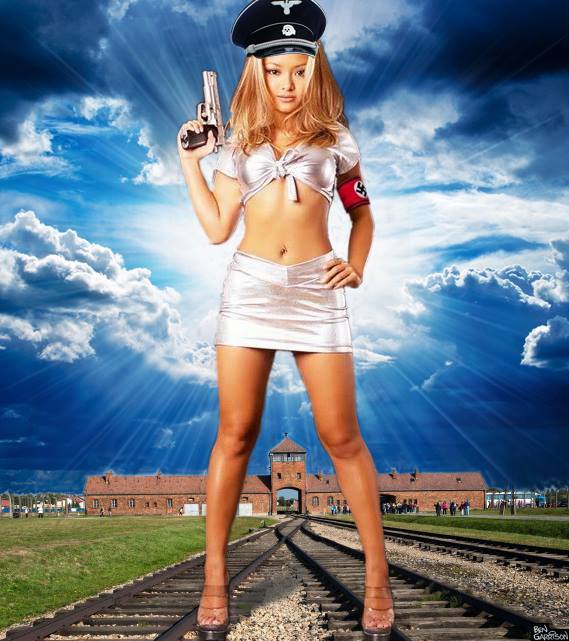 Paul Walker dying in a car accident was one of a ritual? I am sorry but I did not get the memo that the P.A.G.A.N group from the Dragnet movie was doing their dirty work in Los Angeles. If only Tom Hanks and Dan Aykroyd could save us now, of course wearing their Mohawks and lamb skin pants. Paul Walker died in a freak accident but apparently Tila Tequila’s mind, it was a murder.  Someone get Sherlock Holmes on the phone. But that is not the only crazy from the woman who is most likely drunk from drinking her last name.Tila is a supporter of the only man who has a higer approval rating than The Westboro Baptist Church, Hitler. She can be found wearing a Nazi uniform. She may also be on the few people that has been ofically banned from Facebook. She also says that she is an alien from outer space. I am thinking aliens may have better technology of getting famous other than piggy backing Tom. (The Founder of Myspace) Do you remember when you got that message saying you had a friend request from someone you didn’t know at all? You look at their profile and they had more friends than Ashton Kutcher. A friend whore is the appropriate title.  Another thing that she believes in is that she is an angel, a queen, and the latest iteration of the Egyptian Goddess Isis. Are you fucking nuts? I wonder if she has an epileptic seizure every time a damn bell rings. The closest she will get to being a queen, is a guy in a dress and being an Egyptian Goddess, I have better odds of being an Egyptian Goddess in a past life. They had goddesses with facial hair, right? The final thing is that she believes the N.W.O. is real and her kind is going to be doing battle with the N.W.O.  I never knew Tila Tequila was really the pro wrestler Sting and her kind was WCW. How is her 15 minutes of fame still going? I think a strait jacket and electroshock therapy may be in order with a four padded walls.

Think we are done there? We have another.

The school who decided to suspend a 6 year old boy for sexual harassment….. WHAT THE FUCK?!?!?!?! 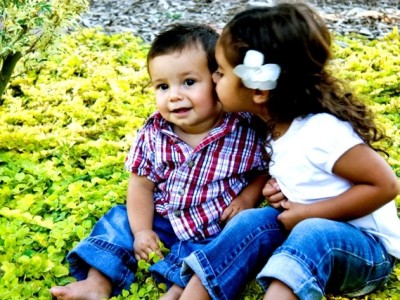 Slapping a girl on the ass. Grabbing a guy on his crotch. Calling a girl Sugar tits. Calling a guy ball knocker Bill. I feel these examples are sexual harassment in the workplace and school. However, I didn’t know that kissing a girl on the hand could be filed under sexual harassment. If this is the case there is a girl in a small town in Missouri that owes me a lawsuit. I thought a guy kissing a girl on the hand was something of a romantic gesture. Apparently this school believes that a 6 year old male is doing what is older counterparts do. He is using chivalry to get into her Wonder Woman underoos. It isn’t like he is going to butter her up and slip a roofie in her chocolate milk. He did nothing wrong. The school on the other hand is to be blamed. They created a media blitz because this story broke nationally and they couldn’t handle the negative publicity. Good deal. This is the first time the good guy won. Suck on that, guys who cheat and beat on their women. Apparently the girl’s mother supported the school’s decision to suspend the recess Casanova. She says the school was protecting her daughter. Protecting her daughter from what? Unwanted sandbox crabs? Bloody hell. What is wrong with society? I was chased around the playground by girls and I turned out just fine. I am guessing because of this each class is going to have a Public Relations office in the classroom and make all the kids watch a video about touching the No No Spot. It can’t be sexual harassment if the people involved refer to the penis and vagina as the wee wee and HOO HAAA.