SelfHelp For The Helpless #4

by Stick Figure Dan 7 years ago4 years ago 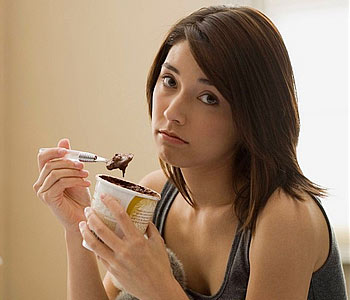 The time for being all lovey dovey is over. Let someone with some ball take over this heap of so much sweetness that it will cause a single person to have a diabetic shock. For those of you who do not know my name let me introduce myself to all of you. My name is a Stick Figure (I found me a Valentine. She is in my bed with ties that bind. I have a gag in her mouth so her speech has a small muffle. When it is all said in done, she will walk it by herself, because I showed her how to cupid shuffle.) Dan. The great made up holiday of Valentine’s Day. Nothing screams pathetic loser as watching your co-workers get flowers from their significant others or students or anyone around you. I know you are sitting there having a pity party. I hope that is, one party that I never get the Evite too. Just to let you know the people who are getting the flowers for this day may actually be a little more pathetic than you. Why? I know you are asking it. Chances are that their “cupid” is the one who is looking at them in the mirror of a morning when they brush their teeth. A day like Valentine’s Day needs an anti-hero. Someone to help the poor losers out there do better with a day like this. That is why I am here. In this edition of Self-Help for The Helpless, I am going to tell you how to get a date for Valentine’s Day even if it is one that you don’t want to happen. Everyone needs someone on a day in which it would be a good time to buy stock in ice cream.

It may be difficult for you to grasp. I want you to put down the Hot Pocket that your mom just made you. You are going to be sad anyway, the middle is still fucking cold. I am going to ask you something that is very hard to do in a time like this. I want you to go to a bar on Valentine’s Day by yourself. Gasp. Yes, the air hitting your damn lungs is fresh and that big round thing in the sky is the moon. Did they teach you anything in private school? I want you to find a group a group of men if you are a woman or a group of women if you are men. I am going to give you a secret in trying to get someone to come home with you. I promised that this would be a secret that I would take to the grave with me…. Lonely people travel and hunt for prey… I mean potential lovers, in packs of four or more. I will also tell you that if they are lonely they will be splitting an appetizer platter. They will all will be on their cell phones, checking websites like POF, Ok Cupid and my favorite Craigslist.  Now that you have spotted the table you are going to pounce on. We need to get a few do’s and don’t out of the way.

Do: Talk to the entire table of people because you never know which one will be the one you click with. Chances are it will not be the hot one. It is time to lower your standards Turbo.

Don’t: Just talk to one person, while ignoring everyone else at the table. Have you ever seen a pack of lonely people pissed off? Trust me, when they eat your flesh down to nothing but bones, no one is going to blame bath salts.

Do: Buy everyone a drink. Chances are If they are a little tipsy, chances are you will have a better chance of curling up with someone at the end of the night instead of those creepy bears from the Vermont Bear Company.

Don’t: Stop drinking. You do not need to be the one that is shit faced. If you are the drunk one, you are going to end up with some person that has one tooth and you met on Craigslist. I do agree a step up from being at home with a joystick in one hand and a Mountain Dew in the other. You don’t want to just sacrifice bunt. You want to hit the fucking home run.

If you listen to me, you will have someone actually be in your bed on Valentine’s Day. Chances are though if you have sex with them, you are going to think you are in love with them and within two weeks you are married. You will fight and in the next couple of months, you are back in mom’s basement with no, World of Warcraft account. I just realized something. No one actually really meets in bars anymore. That just seems a little trashy. You know, on second thought, just buy your mom something nice and stay in the basement. I may join you. I will say that you still have a lot to learn and I will be able to show the way.

Your next lesson will be how doing a job interview and not blow it completely.

Until then, Figure It Out.