Greetings and salutations reader, I hope the day finds you well. 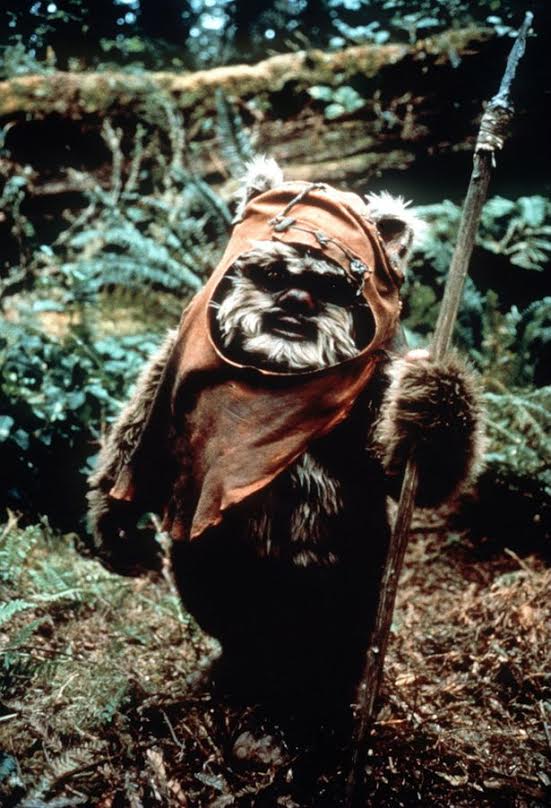 You know, I thought my inaugural posting here to The Buzzkill should be something I have wanted to talk about publicly since forever. I have always thought that Ewoks have gotten a bad rap in the ‘Original Holy Trinity’ of the Star Wars universe. A lot of people talk about Ewoks as being something akin to a prototype version of the despicable Jar-Jar Binks character you see in the new trilogy. Something conjured by the great and terrible wizard that is George Lucas to catch them the real prize fish, children. Honestly, the series didn’t need any more incentive to catch kids’ attention; their attention was already captured by the story, music and the characters itself (children are not stupid… usually). Well, when I was a kid, I didn’t need any added incentive to like the movies; I liked them because they already had everything I wanted. They had action, humor, music that drove itself in the very recess of your mind and unforgettable characters. Going back to the topic at hand, however, comparing Ewoks to The Unholy Binks is like comparing Legos to the dollar store version of Mega Blocks; hard to swallow, cheap and largely gets in the way. Ewoks have a cute and fuzzy exterior, so of course children will be attracted to those lil‘buggers. However a lot of people were angry that the mighty Empires troopers could be taken down by the far less technologically innovative Ewoks. Instead of listing the ways on why it is indeed possible for them to succeed in a pitched battle against the Empire, I will just say that they were excellent guerrilla fighters who knew their moon well. As interesting as I think the Ewoks were, I will admit that watching the spin-off Ewok movies again as an adult, left a bad taste in my nerdy mouth that won’t come out for a while. So I can definitely understand why some Star Wars fanatics have such a heated grudge against Ewoks and their ilk. But please if you hate the Ewoks, hate them for the right reasons; don’t throw them in the same category as Jar-Jar Binks. Ewoks deserve better than that. Besides, if it wasn’t for the Ewoks, we might not have ever been introduced to the fantastic actor that is Warwick Davis. Well, it’s about that time I put my childhood down for the night and let it dream peacefully of furry little humanoid bipeds. Until we meet again reader, stay farbot.

A long time ago on a cold morning, it was snowing and I was born into this world. Yadda yadda yadda. What an origin story, hoo doggy. Breath taking right? All stories that start with “A long time ago..” are meant to belay a sense of fantastical wonder. Not in this case. My name is Kenneth Cowan and I am 28 years old. Through the years I have gone from a wide eyed child with a surprising life outlook and the taste for fantasy and fiction, to a not so different older version of myself. Maybe with glasses and the propensity to drink booze and sport a rather dapper beard that child me couldn’t sport as well (however, I secretly think about that, and the result is interestingly comical). I tend to gravitate to many things geeky and nerdy. Magic The Gathering, any board games, Farscape, Firefly, Start Treks, Game of Thrones, survival video games (I have to admit that Steam is generally my go-to destination for many PC games), almost anything to do with fantasy, magic and dragons. Basically anything remotely nerdy, I have dipped and dabbled in and more than likely have and will state my opinion on. So that’s me in an electronic, text based, nerdy nutshell. Get ready to be mind-frelled silly.