One of the strangest conspiracy theories out there is that of the so called Reptilian race. It is a widely popular theory about a group of lizard like humanoids that aim to dominate Earth as well as enslave humanity. This race of ‘people’ is described as being 6 to 8 feet tall with scaly skin and green in color. People who have encountered them say they have the ability shape shift as well as permeating an awful smelling odor. They are described as being hostile towards humans and supposedly feed off of the fear and negativity of humans. 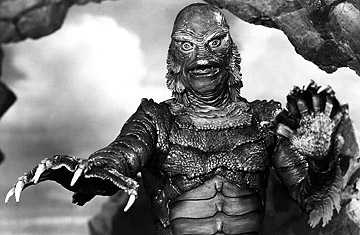 What these Reptilians are exactly and where they came from being highly debated among researchers. Some researchers believe they could to be dinosaurs that evolved into a humanoid form and possibly dwell in underground caverns. Others investigators believe them to be an alien race that came from the Draco constellation while others believe them to be the interdimensional beings known as ‘Shadow Beings’. A more sinister idea is that they are really demonic entities here to torment humanity until the end times.

This Reptilian concept is not some New Age belief or idea that recently came on the scene. These entities have been reported on since the dawn of civilization and can be found in the myths and religions of people’s all around the world. There are statues and even cave paintings from around the globe that depict these reptilian humanoids. Even the Bible makes references to this serpent phenomenon. In the book of Genesis, for instance, a ‘serpent’ is described as having deceived Eve into eating from the Tree of Knowledge.

Another possible reference of the so called reptilians is that of the dragon. China is most often the country associated the concept of a dragon but, dragons are also depicted in Bali, Japan, Scotland, France, and Iran to name a few. Africa, South America and Australia also have myths, paintings and statues that represent the dragons and these dragons can even be found on European family crests and shields. There are so many descriptions about dragons it is hard to believe it is just a coincidence. It would appear that something ‘existed’ that people from different times and cultures wanted to incorporate it into their societies.

A skeptical argument to this phenomenon would be that our ancestors had a deep fear and respect for reptiles and, this fear became a part of our life. We, as human beings, had to be wary of any possible threat and reptiles would have been one of these threats. We invented ‘stories’ to inform our children of these dangers to ensure the survival of humanity. The skeptics would say any sighting of these so called ‘Reptilian people is merely a hallucination or a delusion conjured up out of these fears.

The Reptilian theory, like many mysterious events throughout time, is still not fully understood. Whether or not these entities are really among us or simply imagined is still a matter of debate. The only way that the phenomenon is going to be solved is by keeping an open mind and going where the evidence leads us.