Television producers, I only have one question for you….WHAT THE FUCK?!?!?!?! 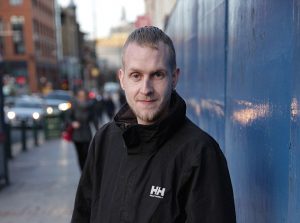 I am a fan of cheesy reality television. The worse it is, the better it is. I enjoy a good train wreck complete with a chance of meeting a reality show star at the opening of the local Kroger. That being said, I am at the thought that anyone can have a reality show by just being a shitty person. In England there is a 29-year-old male, male might be too nice, Dumb-Ass. That may actually be offensive to the dumb ass community. Well, I will let you decide. There is a 29-year-old who is getting their own reality show. Before I just tell you, because that would be too easy. We are going to play a game. I am going to give three choices, and you have to guess what he did to get his own reality show.

Choice A. He shot a man in Reno to watch him die.

Choice B. He is trying to have plastic surgery to look like Barbra Mandrell.

If you guessed A, apparently you do not know who Johnny Cash is and should burn in a Ring of Fire. See what I did there.

If you guessed B, obliviously you do not know that Barbra Mandrell has not been relevant since TNN switched from showing reruns of such gems as The Statler Brothers and The Grand Ole Opry. Because that network became SPIKE and is now showing reruns of Cops. Either way you are going to hear something about someone getting beat. 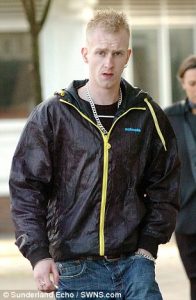 If you guessed choice C, you would be correct. Being the father to 15 kids with 10 different women is not a reality show that is an episode of  Maury. Who thought this was a good idea? That person should be taken out back and beat with a stick and while they are at it, neuter this guy.

He is 29, no job, which would explain why he can’t buy a fucking condom and now has his own reality show. Seriously, if you are a terrible person who does nothing, you can be a star. I am blaming this all on the Kardashian family. Why not give me a reality show? I am 30 years old, I have seizures, my love life is in the toilet, I am homeless at least once a year, and my family are terrible people. If that statement doesn’t sound like a wonderful reality show or the next Katherine Heigl movie, you have no idea what good entertainment is . Hopefully one day we can get back to good reality television, like Spongebob and Saved By the Bell.