by Stick Figure Dan 6 years ago2 years ago 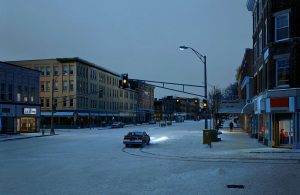 If you do not know who I am, let me remind you. I am the only writer on this website that will tell it like it fucking is, and will do so with words that you will make Christians blush. My name is Stick Figure (Have you ever felt like the smartest person in the room? If that is the case, the human race is about to face its own doom. The only thing that seems to get any interest is becoming a social media whore. The problem is some of you are about as exciting as a baseball game during a riot in Baltimore.) Dan. I have a problem. A problem that is easy to be explained, but hard to figure out. It reminds me of the first time people have sex and someone trying to remove a bra for the first time. I have seen Rubix cubes that have taken less time to solve. This problem is with people. Seems to be the norm, now! My problem is with people who think they have street cred when growing up in small town farming America.

I was recently cruising Facebook because I wanted to feel better about myself. I also do the same thing if I go shopping at KMART. The thing is I grew up in a small town. So small in fact that our hangout spot was a Walmart, which just happened to be 20 miles away. Yes, you read that right. There are children in this country that grow up in towns so small that they have to travel to Walmart. Where are the fucking fundraisers to stop that issue? In this town of 3,000, you were one of the two people practically. There were the people who were in FFA and the people who were not. What baffles my little cartoon mind, and someone please stop me if I am wrong, How can someone trade in their corduroy jacket for street cred? The closest thing that anyone has to street cred in a small town is taking their combine down the middle of the road during high traffic time. (4 cars and a go-kart) It surprises that people actually consider themselves gangster when just a few years ago, they were spreading shit to watch plants grow. 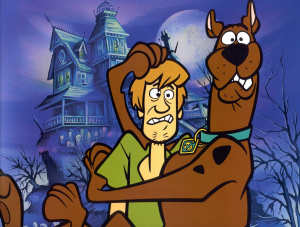 And to make matters worse, these same people try to make themselves look even more “bad ass,” by using slang in their Facebook posts. I can understand most words said, but when did it become acceptable to start spelling words with no vowels and two r’s? That is not the English language unless you are a talking dog trying to solve crimes with a stoner. Spell Check is a handy invention, you could learn a lot from it.

Until next time kids,

PS. One more thing before I leave you this evening. I have seen a lot of things going on in our country that has left me scratching my head. I want everyone to realize this; It does NOT matter what your race is, gender is, profession, wealth is, what matters is people. PEOPLE’S LIVES MATTER. EVERYONE MATTERS IN THIS WORLD. Now hashtag that.