by Emerson Braddock 6 years ago3 years ago 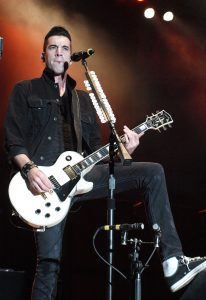 Let’s just start this Hall of Hunks by saying, I’d proudly be the Future Ex-Mrs. Connolly. Oh, yeah, the UN-marriable Emerson just said that! Not many people are familiar with Theory of a Deadman. A few years ago, I wasn’t either. I had won tickets to a Daughtry concert, and my husband (ex now) refused to go. He’s all about country music and can’t open his mind, or the few cells he has remaining might run. Anyway…I went to this concert alone. The opening band, Theory of a Deadman, sang All or Nothing, and I was in love. The words to the song got me. I ended up buying the album at the concert and shortly after became a member of the Deadfan Club. 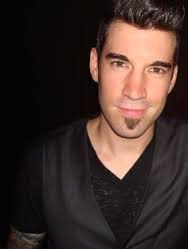 Tyler Connolly was born in Canada. That instantly makes him super nice right? Well according to his music, he has a disdain for women in general. This isn’t true. He has some mommy issues that gives him women issues. We all have some issues; his outlet is a little more public than most. He was married to Christine Danielle Connolly until 2011. She was an actress who actually helped write their very popular ‘Hate my life’ and even had a cameo as his wife (ironically) in the video. Divorced now and neither of them really being open about why, their album ‘The truth is’ has a song called ‘What was I thinking?’ Guess we can all gather what that means. Especially when the lyrics say ‘I’m feeling guilty for all the things I’ve done I’ve got a stomach full of knots and my poor heart is numb can I live with myself or will I just keep drinking’ 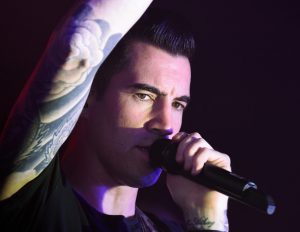 Even though, I sport my ‘Future ex-Mrs. Connolly’ shirt often, I’m sure I’ll never know what it’s like to marry or divorce that genius of a man. Yes, that’s my opinion. He writes nearly all of the songs they record himself and likes to have a hand in on the videos. That to me, especially in this day and age, makes Tyler Connolly a genius in the music industry. Dean, Dave, and Joe are awesome too, but they are no match for Tyler. I shall leave you good folk with one of my favorite quotes from Theory:

‘Have you ever felt like giving in? Tried for hours but just can’t win Tell yourself you’re not good enough The struggle alone is just too much No one’s there to hear you scream Gasp for air and cannot breathe Did you ever think you’d see the day when you watched your life get washed away?’
–Head above water from The Truth Is…

Angry
0
Angry
Hello people! I am Emerson and I am a geek. I enjoy making people laugh and don’t mind being the butt of the joke. Though I usually make others the butt of jokes. Well, enough about butts. I have two kids who are my whole world and are commonly referred to as Luke and Leia. My love life is laughable and I don’t see an end to that any time soon. So if you think I’m pathetic, just keep reading what I write cause it gets worse. You may end up feeling better about yourself.