by Rebekah Paige 6 years ago3 years ago 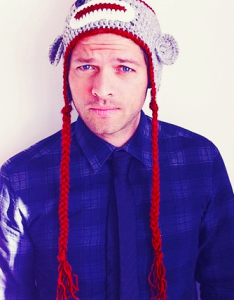 Alright, ladies, I can’t be the only one that is thinking this but why are all the good ones taken? I was seeing this guy. He came across as the most wonderful man in the world that was until I made my move. He shot me down which broke my heart, I think I should have bought him another shot. You live, and you learn. I want to find a man who has a big heart. I am tired of trying to chase all the wrong guys. I am sick of the bad boys. I want a man who will think more about others than himself. One day while watching the show that makes my lady parts tingle, if you guessed anything else other than Supernatural, we can’t be friends. I was looking at the man of my dreams Dean Winchester when all of a sudden something came flying into my mind. They always say the man of your dreams is right in front of you the whole time, and you will not notice him. Of course, I didn’t notice anyone than Jensen until I opened my eyes and saw the light. The next induction into The Hall of Hunks is the type of man every woman, and/or man, (Love Won. Grow Up) should look for in a man. The next inductee may be married to his high school sweetheart, but he is the true definition of a hunk. I am inducting Misha Collins. 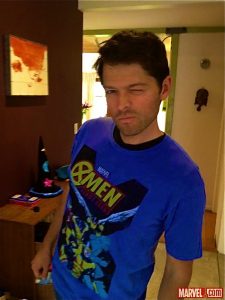 Misha is a published poet. A couple of his poems can be found in the Columbia Poetry Review #21. Misha is also the co-founder of a charity called Random Acts. Tomorrow begins The Greatest International Scavenger Hunt the World Has Ever Seen also known as GIsHWheS. It is one of the best events in the world. If you do not believe this girl, look up GIsHWheS on YouTube. The event promotes having a great time with people coming together from across the world. I have to say there needs to be more of this in the world today.

Misha Collins is a perfect example of what a great guy should be. Don’t believe me yet? How about a picture of his vow renewal in a grocery store and he is the bride. His wife is the groom. One of the best things on the internet today. 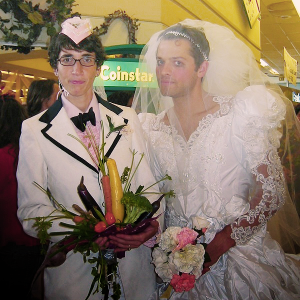 I want to welcome Misha Collins into the Hall of Hunks. Misha, thank you for being amazing. I also have a question for you……. Did it hurt? When you fell from heaven? Was that terrible? I didn’t think so.