by Richard Pruitt 5 years ago2 years ago 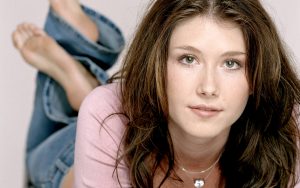 So when I was a child, I did not have the urge to watch cartoons. I know. Gasp. Let me go ahead and make this statement clear, I was not sent back from the future to kill someone with the last name of Connor. I just was not a fan of cartoons. Don’t get me wrong, I enjoyed my dose of Rocko’s Modern Life, but part of the reason is that the show was dirtier than Pig Pen in the Peanuts comic strip. The shows I grew up watching may have painted a very terrible look on how I would view high school. Thank you Saved by the Bell. But these shows did give me one thing that a lot of other shows could not, an abundance of crushes. It could have been Julie knocking down the game-winning shot on the TNBC show Hang Time. It could be Kimberly showing a putty who was the boss on Power Rangers. There is one crush that stands out from all the others because it took me two years to realize my crush had gone on to be part of one of my biggest and Shiny fandoms. (HINT! HINT!)

The show that I grew up on was shown in syndication on the Mouse channel. For all of those confused by that, congrats on not being owned by Disney. The show was on almost daily and featured story of two young teens and their story. Becca and Tuck. The show was called Flash Forward and may honestly be the second best Canadian show import after Corner Gas. I had a thing for Becca. She was one of my first loves. I would make sure that I was home at whatever time that show was on, so the next time I went to school the next day so I could tell everyone about my real Canadian Girlfriend and the hijinks we would get into. 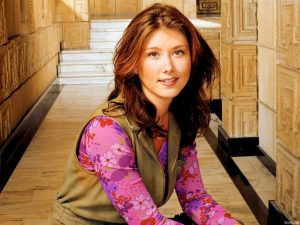 The character of Becca was portrayed by the lovely and the newest induction into the Hall of Hotties, Jewel Staite. The opportunity presented itself that I would get to meet one of the women who changed the very foundation of my youth. We dated but sadly she did not know. The pain of being a nerd while in elementary. Once I met her, I would not bring up the fact she was on a little show called Firefly. I would not bring up anything about spaceship engines. I would not ask her to eat a strawberry. I am curious to know if she still has the dress from Shindig, but that is for a totally selfish reason. I was not going to bring up that she was Dr. Jennifer Keller on Stargate: Atlantis. Or the fact she played Amy Pond in Supernatural, which could confuse the average fan, but it does prove that SuperWhoLock LIVES. I was not going to bring up the fact she was in a handful of Christmas movies for the Hallmark Channel, which honestly also excites me but not the reason. I have a very special place in my heart for cheesy holiday movies.

No, I planned on walking up to her table at that convention and saying that I loved you on Flash Forward. She was going to look up at me and jump in my arms. We were going to head off into the sunset on horseback while they played our song…..Shoop. 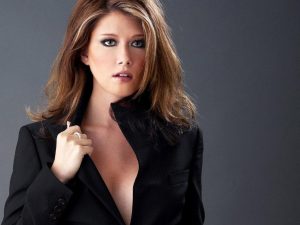 But that is fantasy world…..this is the reality of that story. So how it actually went was me walking up to the table. I am acting like a bumbling fool who apparently forgot the English language. The same language I had been learning for 30 fucking years. Instead of words, it just came out as a slew of mumbles possibly made me sound like I was having a damn stroke.

Now, I am off to Youtube to watch episodes of our young relationship. And if you ever read this, Thank you for being awesome when I was a fool. A statement I have made in every relationship I have ever been in.