Why I’m on Team Cap for CA: Civil War 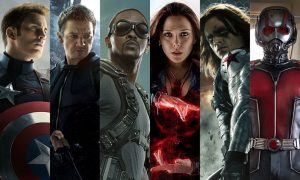 In a few short hours what is arguably the most anticipated of all the comic book movies due to hit. Captain America: Civil War will land in theaters and place us smack dab in the middle of a super powered showdown of epic proportions. There is no shortage of think pieces on why you should side with either Team Cap or Team Iron Man, and they all bring up good points. So I’m going to spend this article explaining to you why I think the best(and only) choice to make is Team Captain America.

Before I defend my choice, let me play devils advocate for a bit. I’ve made my decision on where I stand and nothing can sway me. However, I totally understand people who decide to stand with Tony Stark and his government stooges. When dealing with a group of individuals who’s power rivals that of the gods, it’s natural to launch any number of inquisitions as to how to handle them. If somebody like The Hulk or Thor were to have a bad day or lose control of their power, there’s no telling what they could do to the common man. There absolutely needs to be a certain of level of accountability when dealing with loss of life and collateral damage.

But where does it end? You put these super powered beings on the government payroll and who’s to say they don’t become high powered assassins? Sure at first everything seems hunky dory on a few peace keeping missions… But we all know it won’t stop there. If our governing body is seen putting collars on the defenders of our world, how can they expect to be trusted? Collateral damage is something to be expected when dealing with threats like the Chitauri and Ultron. I mean… Let’s theorize that the Avengers didn’t react to either situation… Who’s to say our own armed forces would have caused any less damage?  Captain America has always stood for what’s right in a world that constantly pushes him to compromise his values. When everyone  tells him to move he stands still and defends not just humanity but principled values as well. He is the vision of what America should be in this morally gray day and age. Iron Man is the face of what America is now, a country  who will do what’s necessary for the greater good even if it means sacrificing the values instilled in us by the founding fathers.  If Stark sells himself out to the government… Why should we think  he wouldn’t be able to be bought by anyone else? 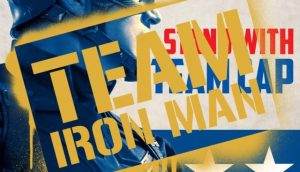 What it boils down to is my trust in Cap. Tony Stark has proved time and time again that he’s a selfish lout who only does what looks good in the public eye. If my back was against the wall and I needed someone to believe in me… There’s no one I would rather have in my corner than Steve Rogers. There’s nothing wrong with accountability, but not everything is black and white. Lest we not forget that the ultimate reason we even have to fight over the Sokovia Accords is Stark’s selfish need to create Ultron out of untested tech he had no grasp of at the time. Ultron was his baby… Even after Cap protested it which makes Tony’s newfound position seem a little hypocritical. How can we trust a man who was willing to put everyone in danger just to further his own tech research? Yeah yeah yeah.. He talks about putting a suit of armor around the world and all that nonsense. However, at the end of the day his decision to integrate Jarvis with the Chitauri tech that birthed Ultron was a selfishly motivated one. Suddenly were to believe he has everyone’s best interests at heart? I don’t think so.

Steve Rogers has every reason not to trust anyone and turn his back on the world. Between his journey in The First Avenger and The Avengers, all the way through Winter Soldier and Age Of Ultron he had stood resolute on doing the right thing even if it meant sacrificing his own selfish gains. He’s experienced an untold amount of loss and pain and yet despite these facts he does not once compromise his own moral code. Doesn’t that buy a little trust in him that he knows what he’s doing?

Ultimately it comes down to what’s more important. The need to protect at all costs that comes with the sacrifice of certain civil liberties? Or standing your ground on the defense of doing the right thing when everyone around you would just as easily sell their souls to make life a little easier to handle? People are going to make their own choices when it comes to what is most important to them. I personally would sacrifice  everything I am and everything that I have if it meant at the end of the day I had a clear conscience of doing the right thing.

No matter where you stand, we can at least all agree that May 6th can’t get here soon enough.

I suppose my story begins(as most do) on the day of my birth. I mean, i’d like to sit here and tell you about the ticker tape parade that was thrown in my honor, or that my being vaginally farted into the world signaled a time of unbridled peace and love throughout the galaxy, but i will do my best to try and be humble about my epic origins. Truth is my real origin is as ordinary as apple pie. I was hobbled together from various body parts of criminals on death row who opted to be organ donors. I suppose you could say I’m the Bizarro six million dollar man (but judging by my appearance you couldn’t tell they spent more than a few shillings on me). In between being chased by townsfolk with pitchforks and torches opposed to the “abomination” of my existence i have developed a passion for writing. The only thing that can match such lofty desires would be a lifelong passion for film. I mean I’m quite nerdy about lots of things (video games, comic books, music, etc…) but cinema in all its shiny golden splendor has captured my attention more than anything else. It’s something I try to share with the world at large, as much as possible. I figure if i can find the magic in such things, maybe i can help others do so as well. I’ve written quite a few poems(mostly about my first few years as a dime store knockoff Mary Shelly creation) but have stuck to mostly movie reviews. I am quite elated to be able to relate my thoughts and opinions on all things film with those who take the time to read them. I hope to have a positive impact here on the site and am looking forward to not only working with the staff currently in place but being able to reach a wider audience as well. P.S. If some of my work comes off a bit sloppy and meandering, its just because the doctor responsible for the stitch job on my cranial cavity didn’t do that great job and my brain has fallen out of the hole in my head they used to pump blood into. Cheers Mates!!