Why Supergirl is the most Relatable Female Character 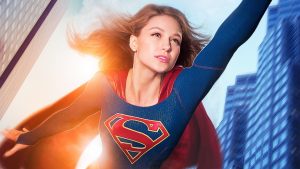 We all know the story of Supergirl Kara Zor-El, Superman’s cousin. She was sent to earth to protect him when he was just an infant after their home planet Krypton is destroyed, but Kara’s pod ended up stuck in the phantom zone for many years, while Kal-El’s made it to earth. Eventually, Kara’s made it to earth years after her cousin has already grown-up and became the hero he is know as today. Kind of awkward for her considering on Krypton she was the older cousin. Kara then has to learn about how all her powers are powered by the sun and earth from her younger yet older cousin. As her powers develop they end up being no different than that of her cousins: faster than a speeding bullet, super strength, bullet proof, laser eyes, the list goes on and on.

Yet this is not what this article is about, it is not about comparing her to older and better known cousin, this article is about Supergirl and her stand alone self.  She is awesome, awkward, relatable, and a hero to all girls out there. Supergirl in the beginning of discovering herself is not confident in her powers. She makes mistakes, but she is not any less of hero or person, because of these mistakes. She learns from them and improves upon theses mistakes. This is awesome, because when reading and watching Wonder Woman who just radiates strength and confidence, its nice to see a female character feel the same things that normal 20 something year old girls feel. This also shows in reading the comics and watching the television show, because you can tell unlike Clark/Superman, Supergirl is not any different than her alter ego Kara Danvers. She is still awkward and nerdy, and still lets things get to her when she is wearing the cape, but even though this happens she powers through, because she knows she can do it with just a little trust in herself and powers. While you see that Clark is completely different than Superman and I do understand why Superman puts on the bumbling nerdy clumsy persona. I still personally relate to Supergirl more as a person, than any of the other female superheroes due to her need to care to much as both ego’s and her feeling inferior to her cousin even though in some case she is more powerful and knowledgeable. She doesn’t have the most physically buff body like Wonder Woman, even though her strength is comparable or the confidence that radiates like the Black Canary, but Kara gets through all her insecurities and goes and saves they day from villains that threaten her city and the citizens she loves. She gives me hope that I can power through my worst days of feeling inferior or messing up and I can make it through, because she does. So I can just embrace my inner Supergirl and make it through my grad school presentation or that one day of bad luck at work. In the end Supergirl is powerful, smart, strong, and bullet proof and so are all those girls out there that feel awkward, insecure, and a little bit like they do not belong.

My Name is Chelsea Hays. I am a Grad Student, superhero buff and future journalist turned superhero. I have a Bachelors of Science degree in Graphic Communication from Arkansas State University. I am usually really shy and quite until you mention superheroes or anything in the nerd culture and I will jump right into the conversation. I have a passion for cosplaying, reading comic books, photography and design. My list of favorite comic book heroes include The Flash, Wonder Woman, Rogue and Captain America, even though my all time favorite character is of course Harley Quinn. That is just a little bit about me.