American Horror Story- Roanoke; Why all the hate?

This article does contain information regarding American Horror Story Roanoke. If you have not seen up to episode 6, read no further. I do not want ruin it for you because that is not cool. As River Song says, “Spoilers, sweetie, spoilers!” 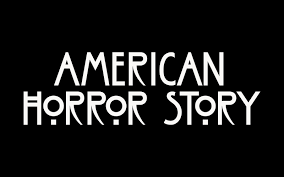 I love American Horror Story (abbreviated AHS). I found the show accidentally just as the first season premiered. I was working a second job at a medical clinic that kept extended hours for emergent walk-ins. The night the first season began, I had warmed up left overs and sat down to flip channels. I just happened to stop on American Horror Story. It did not take long before I was completely engrossed in the Murder House season. It was so different from anything I had ever seen on TV. So gritty and daring. I kept asking myself, “Why is this not on HBO or a similar channel?! How are they getting away with airing it on FX?” During every episode, something crazier than the last would happen. It was amazing! I fell in love with the complexity of the storyline and the characters (Like Evan Peters’ portrayal of Tate for example.)

With the beginning of AHS, Asylum, I was impressed for several reasons. The second season was a whole separate story from the first season. I was also excited to see that many of the actors returned. They took on entirely new roles that truly showed off their acting abilities. New actors also joined the cast. I watched the whole season of Asylum religiously but it left me wanting more. I did not become attached to the characters. The end still leaves me with unresolved questions. I felt that it was good but not nearly as impressive as Murder House. However, some of my friends consider this to be the best season so far.

The third season of AHS was Coven. We were introduced again to a brand new storyline. We had many of our favorite actors mixed in with some new faces. It was well written and had some dark twists and turns. I do feel that the story could have been expanded on. Coven is set in New Orleans. There is so much more to the background of voodoo, black magic, superstition, and true, creepy history of New Orleans that could have been worked into the story. Despite that, I was very happy with Coven. I know people who both loved and hated the third season.

The fourth season of American Horror Story brought us Freak Show. While my favorite recurring actors where back along with some new intriguing cast members, I found the season to dull and boring. I only made it about halfway through the fourth season before giving up. I do plan on giving it a second try but I do not have high hopes. The storyline just did not hold my attention. However, I did not hate the writers and I did not give up on the series altogether. This was just not the season for me and I can accept that with grace. I can appreciate that even a television series is a work of art. This season meant something to the people who worked on it. I respect them and the season for that. I, personally, just did not want to watch Freak Show. However, that is my lone opinion. I know many people who found it to be the scariest season to date. Murdering clowns and deformed circus performers make a perfect storm for some people’s idea of a horror show.

I adored the fifth season of American Horror Story, Hotel. Lady Gaga was stunning and did an amazing job. I honestly would not be disappointed if she became a regular cast member of the show. She was made to work in this genre. In this season, we see an overlap in characters from previous seasons. We meet the original owner of the Murder House. Marcy (the realtor desperate rid herself of the Murder House) and the psychic, Billie Dean Howard, from the first season both make an appearance. We also see the witch, Queenie, from the third season. This led to viewer excitement as we speculated that maybe the stories were all connected in the end. The plot itself revolved around a hotel where children disappeared and multiple, violent murders were committed.

This leads me to the current season,  American Horror Story, Roanoke. I am writing this article shortly after the airing of episode 6. This season started off in the form of a reenactment of the events experienced by a family that bought a home on the cursed property where Roanoke supposedly took place. In episode 6, we learned that the reenactment is completed. The show has aired and stirred up controversy. The producer decides to capitalize on the attention. He arranges for the real family and the actors that portrayed them (and the evil spirits) to stay in the house during the blood moon for 3 days as reality TV event. 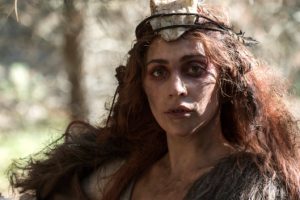 We are only half way through the season and we have no idea what the end holds. However, the backlash from fans is crazy! Every Wednesday night, my Facebook feed is full of disgruntled fans discussing their anger towards the show, complaining that it is different from previous seasons, and pronouncing their confusion at the direction of the storyline. Everyone is entitled to an opinion. Just like Freak Show was not my cup of tea, not everyone will like Roanoke. However, the latter two complaints make me smile a little. Of course this season is different from previous seasons! Has any of the other seasons been alike? No because that is what makes the show so amazing. Each season is a stand-alone story. Maybe, one day if the theory is correct, the stories will all connect. For now, every season is basically a self-contained mini-series. As far as not knowing the direction of the story, I don’t know it yet either. Everything we thought we knew about this season completely flipped during this last episode. The season should be at its midway mark now. It is a good thing that we have not figured out what is going to happen. If we did, the writers would not be doing their job. We would have no reason to continue to watch. Where would be the fun in that? 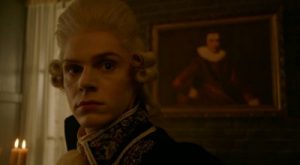 My only complaint it that I had to wait until episode 5 to see Evan Peters. I was super excited when he did show up in episode 5. Only to have that dashed away on the following episode where he was promptly murdered due to multiple stabs wounds. Fingers crossed, he will come back as a ghost or something because Evan Peters can never have too much screen time.

I can say that the reviews of Roanoke all agree that it may be the best season of American Horror Story yet. In the end, it will be up to you to decide. We all have the right to our own opinion and if you seriously do not like this season, you can stop watching it. I will not judge you or take away your AHS fan card. You can start over with the next season of American Horror Story and maybe you will like that one better.