Self-Help for the Helpless #7 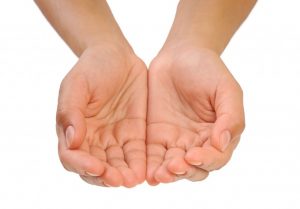 It’s so quiet around here, it seems like this place has been deserted, and turned into a wild west theme park. And if you are a fan of wild west theme parks, chances are that you are a 48-year-old virgin who has a real estate license, thinking the American love dream is the relationship from the movie Vacation. It has been awhile since I have graced this magazine with my beautiful Stick Figure Face, and for those who do not know me, let me introduce myself because chances are by the end of this, you will wish my head was on a batting tee like Glenn’s. My name is Stick Figure (2016 has been a year that is complete shits. Can we go back 2015 and vote to leave 2016 just like the Brits? What I wouldn’t give to be young again, without a care, sucking on a plastic teat. Fuck, that just sounded like a Donald Trump Tweet.) Dan. It has taken me a good twenty minutes to realize that and when I say this please know that I am 90% talking about you some way. People Fucking Suck. That was simple. You can’t help someone who isn’t willing to help themselves, well that is why I am here. I am the help for those people. I am the help for the jerkoffs who think it’s still cool to say JK in conversations. Bitch, the only time that is acceptable is when talking about J.K. Rowling. Period. We have talked about getting out of your parents’ house, we have talked about dating. Well, the next thing that needs to be worked on is that feeling that only comes if you fuck the singer Brandy’s brother on film! Entitlement.

If you work hard, good things will happen…. it’s a motto that people have thrown out. It is almost like a family who owns a promiscuous cat who gets knocked up in the worst sounding sex capade in the history of the animal kingdom. And that cat has kittens, and the kids are excited, but the parents do not want the kittens. So instead of standing outside of a damn Wal-Mart trying to give away the kittens like a bunch of normal horrible people, the parents decide the best option is to drive down a country road and throw out the cats in a card board box. Either I have just described how people treat working for things, or I described a fucking Andrew Lloyd Weber musical. 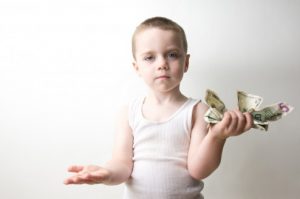 So how did entitlement become a thing that makes me want to slap the Kardashians. First of all, I am not going to blame a specific age group or name a generation. Because there are fucktards in all different generations. It does not matter if you are 20 years old bouncing from house to house expecting a magical fairy to put a rental agreement under your pillow. Or an asshat middle aged person who thinks that every meme on Facebook is real news that will define our very world for the next 6 minutes and 21 seconds. If you believe that, you are entitled, chances are that you can be bought in the feminine products isle of your local drug store.

Let’s start with unrealistic expectations with people. If you are living in someone else’s house because you waiting to become the world’s next vaping superstar (You’re a broke bitch) make sure to be respectful. Is it that hard to pull yourself away from you vape cloud and crusted boxer shorts to wash a damn dish. It’s not your house, your parents are letting you stay not because they have to, but because they love you. It’s more about letting people know that somewhere in the past three years they messed up. They are going to try to hide you in the basement like the kid from The Mask. And no, not the damn movie with Jim Carey. You need to realize that you there is more to life. Put up a damn Christmas tree and see if your feeling begins to change. It has lights, it will keep you distracted for at least a good 10 seconds a minute. See how you feel after doing something for someone else. I will be the first to tell you that you need to worry about yourself, because I am a narcissistic ass, but I also know that I should not be handed everything on silver damn platter.

What about letting people do all the work for you, and instead of thanking them, you decide to take all the credit so you can have your moment of ego boost on Facebook. I do not blame you Mr. Zuckerburg. I blame that asshole from Myspace. Tom, I am coming for you. It’s easy to post something on social media to watch people react. You can tell the truth. “Oh look, I am eating a fucking donut!” And no one is going to give a shit but your pancreas right before the onset of your Type 2 Diabetes. But if you are going to post messages like, “I hate being lied to.” “I am so over people.” “I never want to date again.” If I wanted to know about your damn personal life, I would go to the eventual movie that will fucking bomb. Social media has made people seem that no matter what happens in life, that their words are justified because they are entitled. Yep, because that is how that works. (Hint the damn sarcasm.) Just because you are able to post on Facebook doesn’t mean you should. In all honesty if one of those scams ever become real, it should be the addition of a thumbs down on Facebook, and if a post reaches a certain number of thumbs downs, the person has to pay a quarter. The social media status equivalent of the swear jar. It’s just fucking sad that money will possibly be borrowed from a Go Fund Me campaign.

And let’s talk about the work place. Remember when people started a job and went from the bottom up. The same can be said about Ben Affleck’s marriages. It’s sad when someone applies for a job and thinks they have done enough to be CEO within the amount of time that it takes for a meme to bring down the entire world. And since I know that attention spans have dropped, let me save you the time by quoting myself in my own article. “6 minutes and 21 seconds.” A person should earn their job and everyone should be treated equal, but apparently, that is not the case because people want the world handed to them like an Emmy. 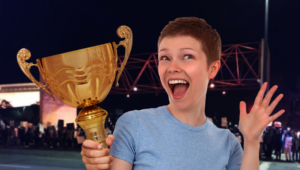 Sometimes people are able to get everything they want in life, most of that is because they have huge boobs or a massive cock and if you do not fall into either category, it is time to have a conversation. Just because you think you deserve something in this world, doesn’t mean you do. I am sorry, I said that to you, I now know that you will become Emo now and blame me for all of your problems. And you are going to post that in a Facebook status to get all the sympathy your 300 friends will give you. And they will feel bad for you and somehow give you a participation in life trophy. I would also like to welcome that blame with open arms. Life is not going to bend over and present its ass like a Craigslist date. You are going to have work for a little. You may have to give life a handjob to get where you want to go. But it’s OK because you won’t have to look at life in the eyes. It’s time to look in a mirror and realize that you are more than your damn social media page. Realize that you are a person and earn it. You will thank yourself in the future.