It is that time of year again where one made up character writes a letter to another made up character in hopes that one made up character will be all giddy on the inside. Yeah. About that. You can go fuck yourself. Look, this is between you, me, and pretty much anyone else who is able to think for themselves. But seriously, I do not care if your reindeer have been snorting magic and doing roids for the other 364 days a year, there is no way in hell that those animals are able to carry your fat ass around the world. I am sorry, but that is just too work on those animals. One of these years you are going to be flying around and one of the reindeer is going to hurt themselves. My guess is that it will be that dumb ass Blitzen. And you are going have to put him down, because of your fat. Which is shitty for you and shitty for his reindeer family. But It will be great for my belly because there is no better meat on this earth than the taste of magical reindeer steaks. 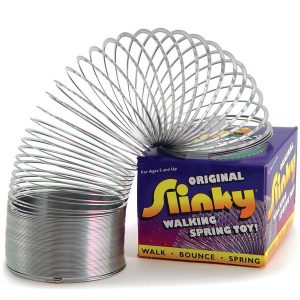 I guess I have to actually tell you what I want. So here goes. Whoo. I want that fucking slinky. I mean seriously. How many fucking years do I have to tell you this? It’s like I am yelling at Helen Keller that there is a fire at midnight in a room without windows. It’s not that hard, it’s just a spring that goes up and down the stairs. I would say just take one off your bed, but I know those springs should be put on a pyre and given a proper Viking funeral. I also want to make Richard’s life miserable. As per the usual. So, this Christmas I am asking for something completely different. Here is what I want. I want a bottle of Viagra, and then I am going to crush up each pill and slip it into his Pepsi. And each time he drinks a Pepsi, he gets an uncontrollable erection. And I want those happening at the worst places possible. I want it to happen in the middle of Wal-Mart while looking at house shoes. I want it to happen while he is petting animals at the humane society. Hell, I want it to happen while he is singing hymns at church. I want him to become so embarrassed that he is thinking that he is going through a second puberty. Thus, forcing him to never come out of his house, and then there would be peace on earth. Or you could bring that fucking slinky, your move Fat Fuck.

P.S. I know where you live. Make that slinky happen or I am taking Mrs. Claus to my red room and I am gonna show her my cookies and give her my milk.