WHO Will Be Our Next DOCTOR? 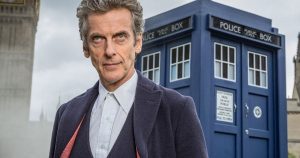 Time is becoming something of a hot commodity. It’s a good thing that time is not sold like cattle. Between school, health, and the Nutsy Awards it has been somewhat chaotic around HQ. But as things start to get back to normal (and normal is just a word), an announcement came from Peter Capaldi that he will be leaving Doctor Who after series 10. I have a lot of mixed emotions about Peter Capaldi as The Doctor. First off, I feel that Capaldi may have been doomed to fail from the start. And that is not a knock against him as an actor because he is amazing, but seriously who can follow the two of the most loved Doctors of all time. Second, his run has not really been about him. Think about this, in series 8 Clara is featured heavily and more so at times than the character the show is named after. Again, not a knock against Peter. His time as the Doctor has had some really wonderful episodes and moments, but over time they are not going to hold up as well as the other Doctor’s moments. It comes down to Moffat, who I love as a writer, but I feel that he should have left when Smith did. The show would have had a new feel for Peter giving him a fresh chance. Instead, Capaldi’s run as the Doctor will go down as average. And for a show with a fan base as hardcore as Whovians average is not going to work in this spot. At least for his final run, he does get a new companion which should help the overall flow of series 10. 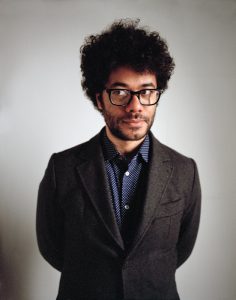 But now that leads to the question who is going to be the next Doctor. And there are a lot of ideas floating around. Is it time that the Doctor finally become a ginger, or is that a joke that needs to be a running gag for a while longer? My pick for the Doctor comes from a UK cult favorite, his name is Richard Ayoade. I know when some of you read that name, the first thing through your mind is “Who is that?” Well, he is best known as Maurice Moss on the UK show The IT Crowd. And if you haven’t seen it, you need to get to Hulu or Netflix right now to do so. It is worth it. The reason I choose Richard, besides being bias towards the name, is I feel he could bring something back to the character of the Doctor that is missed very much when watching the 12th incarnation. It has nothing to with his age, but Matt and David gave kind of a kid like inquisitive feel to the character which we just do not get. I understand the reasoning, but it was one of the reasons that hooked me into the show, even Eccleston had that feeling when he portrayed The Doctor. I feel that Richard would be able to channel a little of Maurice to the Doctor while still making the character his own. He is a writer and a director, which could bring a lot of diversity to the show which over the past two series has been lacking. Will he be the next time lord to navigate the TARDIS through time and space? And there is a rumor that Peter could regenerate back into Matt. Right now, the possibilities are endless.