Aquaman New Release Date is the Same As A Marvel... 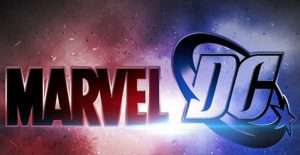 Make no mistake, the war between DC and Marvel has been one of the longest fought in the history of entertainment. Debates will go on for years in who could win in a fight between Iron Man and Batman or is the Avengers better than the Justice League. The war has been between the comics, but lately, it seems the focus is now off of the comics that people still buy each and every Wednesday, but the focus is now on the cinema. Marvel has been producing hit after hit once they announced their cinematic universe. It seems that no matter what Marvel touches it will turn to gold. DC has never really taken this approach to movies until the last few years with the release of Man of Steel, Batman Vs Superman, and most recently Suicide Squad. The problem here is that the movie franchises from Marvel are clicking with the fans due to having the comic book feel, and still having some light-hearted moments even when the movie is more serious, the best example of this would Spiderman and Antman in Captain America: Civil War. DC movies seem to be a darker style, geared to showing the viewer if the comics were a real-life situation. 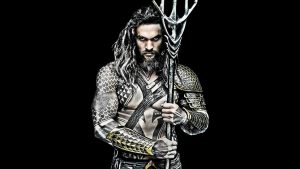 That was however until yesterday; the war has seemed to be a view jabs taken back and forth between the companies. Never really instigating a massive battle. It was announced yesterday that the release date of Aquaman had been pushed back from its original day of October 5th, 2018 to December 21st of 2018. This seems to be more of a strategy than their being issues with the movie itself. Remember December is a huge month for the company that owns Marvel in Disney. December has become the month for Star Wars. Disney announced pushing the release of the Han Solo standalone movie from May to December 13th, which it does seem that Warner Brothers, the studio behind the DC releases is going straight for Disney. The holiday movie market has been dominated by Star Wars and this year will be no different, but could 2018? Aquaman does seem to be the first real threat to dethrone the Star Wars franchise from its Holiday season throne. But if that wasn’t enough, December 21st is also the release date for Marvel’s animated Spiderman movie. This may be the first shot what could be a very heated war between the two franchises of DC and Marvel.

The question now would be will Marvel shoot back? I think this is going to be DC going after each franchise in a way that has never been done before. Could DC release their movies on the same day that Marvel releases one of their own? It is something to consider. The only winners that will truly come out of bold moves such as these are the fans and the movie theaters. Hopefully, DC will start producing better movies to make this war, not as one sided.