The people who are offended by Kelly Clarkson giving HER child Nutella, I have but only one question for you! What the Fuck?

If 2016 is going to be remembered for the year of celebrity deaths, can 2017 be remembered as the year of the Social Media Dumbass? And if you take offense to that line, at the end of this, my email will be made available as a point. I don’t want to give too much away. But in 2017 no matter what it is, it’s offensive and will be the demise of the world. 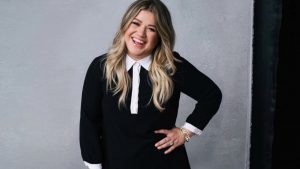 Back story on who is Kelly Clarkson, if, by some weird chance, you were living in a bunker thinking Y2K was going to be a real thing. She was the first winner of American Idol, had a few chart-topping songs, made Justin Guarini look like a dumbass in a movie, and mother. Now, that the formalities have been taken care of, let’s get to the heart of this matter. Kelly Clarkson on Instagram posted an adorable video of her daughter eating Nutella. And suddenly that video seemed to enrage the internet as if it was a soda company uploading a commercial. After viewing the video, people called it child abuse. I did not see a child being harmed in any way, in fact, I saw a child eating. Apparently, every parent that complains on the internet was brought up eating 100% healthy stuff. If that were true, I have a million dollars buried somewhere in western Kansas. It is at a feed lot, under all of that BULLSHIT. The child abuse stems from the fact that Nutella has sugars and will make the child fat. Jesus Christ on a crutch. There really needs to be a test for people to see if they can use the internet or not.  Have people really stooped as low to fat shame a child? And to Momshame? Is that a thing? Seriously, it’s fucking Nutella. There is not a single soul reading this that has not tried Nutella, is obsessed with Nutella, and there is possibly 6 of you who have even dipped their genitals in a brand new open jar.

I want a show of hands of anyone reading this, did Kelly Clarkson giving her daughter a piece of toast covered in a hazelnut chocolate spread impact your life in any way? Does the day to day part of life become so difficult that all you want to do is get in the fetal position as if you were Squidward when being around Spongebob Squarepants? If you raised your hand, I am assuming that you are high and love Spongebob. If by some weird chance this is messing with your day to day living, it might be time to start looking into hobbies, maybe just getting out of the house once and awhile would be good. I get it we’re a fat country…Blah…We should eat better…. Blah….We should not dip our genitals into Nutella. Well…. that is possibly true. And before I hear the “did you look up the facts of how dangerous Nutella is to the body,” argument. In 32 years of life, I have heard that drinking water is healthy. I have heard not to drink water. Bacon will give you cancer, and so will the incredible edible egg. I have heard that pot is a terrible drug. And after listening to all of that, I eventually hear the flip side of all those stories.

If by some chance, you are still bothered by Kelly Clarkson giving her kid Nutella, I want to give you my email address. richardpruitt@tbkmagazine.com And I want to follow you for a period of time, and the first time you go to eat something that is not deemed healthy, I am going to smack it out of your hand as if you were a child trying to eat dog shit because that is the perfect metaphor for this entire situation. Worry about your damn life, and what is going on within the four walls of your home before making a snap judgment on how someone is raising their damn child. If you really want to complain about something so bad, learn how to make a unicorn frappe. That is a different WTF for a different day.