UNPOPULAR OPINION: I Did Not Feel “Stranger” or “Things” 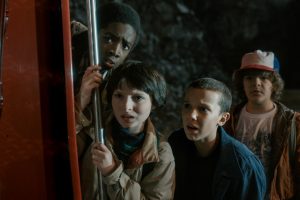 I have been heckled for months to watch a certain television show. A show with a ton of hype, and a show in which many are calling one of the greatest of all time. And I kept balking at the idea. I have a notion that goes through my mind that if I do not like a show that everyone likes that there may actually be something wrong with myself. I do not like Game of Thrones. I apparently love winter and do not mind the coming of the season that will inherently kill everyone. I do not love The Walking Dead because if I wanted to see that in real life I would just sit in a restaurant without my cell phone. Critically acclaimed shows seem to only appeal to about 30% of me, and that may be a stretch. And then along comes Stranger Things.

And before I am treated like the NFL by Brietbart for this article, let me explain somethings. I did not hate the show. But in the same token, I did not love the show. In fact, if there was ever the perfect definition of the word ‘Meh’ it would be the feeling I have to this show. I did not feel “Stranger” nor “Things”! The intro to the show makes me feel nostalgic, and as much I love the random horror genre from the 80s, I can appreciate that. But when it comes to characters, the love is about as strong as the feeling for a neighbor. The only characters that were remotely entertaining through the entire duration of the show, were the three boys and Eleven. Honestly, their scenes were must watch television. But again, after a certain point, I lose care. 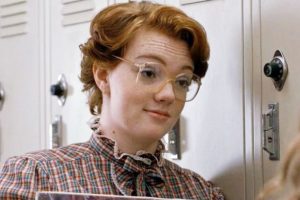 And do not get me started with the teenagers’ storylines. If there was one thing that made me groan throughout the first six episodes of the show, this was it. Once any of those characters came on the screen, I just tuned out. It was like I was in sophomore American History all over again. And I do not get the attachment people have with the Barb character. Am I the only one who thinks that Barb is that girl who always asks the teacher why there isn’t any homework? And out of all the teens the one who became my favorite was Steve, which somehow makes no sense. But whatever. 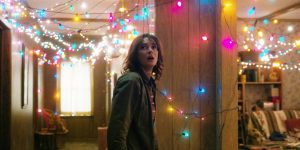 Winona Ryder seemed to be the brightest in a show full of dull, and that takes a lot. She was able to suck me in just enough to keep coming back for each episode. However, one of the major issues that I had with the show that it fell under The Walking Dead rule. The show is can’t miss for the first few minutes and the last few minutes. And if that is the case, make the show shorter to keep interest peaked. And one more thing, am I only that didn’t think the Demogorgon was that scary. It looked life Daffy Duck in his flower costume. 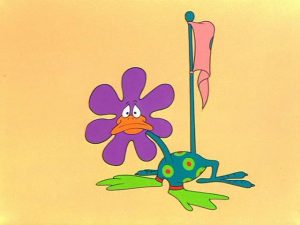 I think one of the reasons why the show didn’t stick with me is that I waited so long, so I am going to give Season Two a try. By the time I had watched the show, I already knew all the references and the story. I know that can hurt a viewing of a show sometimes. So, I am going to give the show the benefit of the doubt. Here is hoping that season two is able to flip my opinion Upside Down.