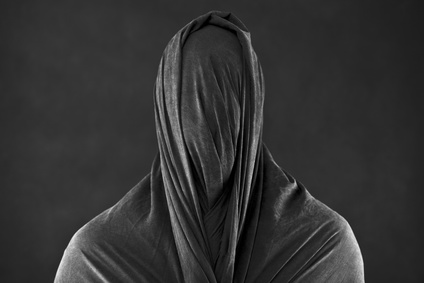 A tulpa is a thoughtform that comes to life and the practice of this is called tulpamancy.  The concept of tulpamancy can be traced back to Tibetan Buddhism. Monks practiced this; to create tulpas to overcome emotional attachments like phobias. An example of their practice that I discovered to explain this would be if a monk was afraid of a spider they would strongly focus during meditation that there was a spider (but it was really a tulpa) until there really was one that they could see. Ultimately, they would then use this to teach themselves that the fear of something was utterly useless.  These creations would move, speak or do whatever was required for the monk to overcome the fear.

An example of a fictitious explanation I can refer to is from a television show would be from the television show Supernatural. On the episode of Supernatural, basically, a group online was reporting the legend of Mordechai Murdoch, over time the group’s forum changes details of Murdoch, then the details of the spirit of Murdoch people were seeing would change. This goes along the lines of believing is seeing, that’s how a tulpa in the Western world works. If you believe in it enough it becomes real, the intense focus of the object.

Yet another example in entertainment that comes to mind is the Slenderman myth.  For those that are aware of the lore, Slenderman was created by a 28-year-old Florida resident named Eric Knudsen in 2009. Slenderman first appeared on a forum called Something Awful for a Photoshop contest featuring spectral beings in regular photographs.

This jumped from fiction to non-fiction with The Slenderman Murder. Where in a young girl named Morgan Geyser stabbed another child. She believed this creature was both protective and predatory. This was her excuse and reasoning, she killed to appease him according to Geyser. She believed Slenderman was very much real. I mention this sad event because many have come out over time saying that they had seen Slenderman. It doesn’t help with the games that have come out, more Photoshop images being created, and the internet’s horror corners and beyond knowing all too well who and what Slenderman is, ignoring the root of it. For me, this is a stereotypical believing and seeing.

There are religions across the board where believing in something strong enough builds the foundations of this something becoming unwaveringly real to the person. When researching tulpas for this article a theme began to emerge, believing is seeing. It stuck out like a sore thumb: people believing themselves healed after someone of note ‘healing’ them. Does this mean it’s less real? Not to me. I think belief is strong and for those going through things, it’s very much real to them and ultimately making them believe in whatever it is stronger than before.

One of the most well-known historical creations of a tulpa is the story of Alexandra David-Neel. Basically, she went to Tibet and learned the mystical technique to creating a tulpa. She was able to create a thoughtform that appeared as a monk. Eventually, she was able to see it moving around the real world. Why this is so interesting is this vision became more material and had a physically real appearance.

Over time, others began asking her about ‘the stranger’ that would appear at a nearby encampment. They genuinely believed the tulpa to be a living breathing human being and nothing extraordinary. These people had no idea of her learned skills so they had no reasonable suspensions. This marked a point where Alexandra decided to reabsorb the tulpa, whom by this time had become self-aware enough to become unwilling to be destroyed. Ultimately, she was able to reabsorb despite it completely exhausting her and taking a long period to be successful.

I did come across a small bit of reading that mentioned poltergeists actually being created by someone that’s emotionally unstable, like a child or someone with a gift they’re unaware of having. It broke down that poltergeists are created by an extreme emotion of emotions basically exploding into the world. Over time, poltergeists become more mischievous and less helpful as a stereotypical tulpa would be and something completely different to remove them has to be done.

Are they real? Are they fake? That’s for you to decide. What do I think? Anything is possible.