by Richard Pruitt 3 years ago3 months ago

Remember, how excited you used to be for Saturday mornings? Besides cartoons, every child had the same ritual. Get up early because if we wanted to see a show, we didn’t have the luxury of recording shows like these crazy kids of today get too. We would run in our TMNT Pajamas down the hallway or down the stairs, and I pray to god that none of you were uncoordinated. Our mom would be in the kitchen, making a breakfast that as adults we would kill for, Bacon, Eggs, Pancakes, hash browns, and other assorted breakfast foods that were left out. Instead, we would skip the good food and grab a bowl of the official Saturday Morning Cartoon. Cereal. And that leads us into today’s list. The Top 10 Worst Cereal Mascots. Look, I don’t care what anyone says, someone of these mascots are terrible and promote terrible habits. The criteria for the list, be a mascot to a cereal that was consumed. I need to start making more rules to these lists. And now…………The Top 10 Worst Cereal Mascots. And a special bonus, each mascot will be accompanied by their respective ads. 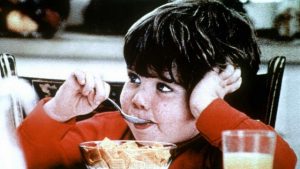 I never thought I would ever utter these words in my entire life, but…. That is one annoying child. Does Life Cereal actually serve a purpose besides looking like the bastard child of Chex? It’s nothing but fiber filled crap, but yet, the cereal company named after the amount of jail time one would have if they had to eat this every day decided they needed a mascot. And that mascot happened to be the child equivalent of Grumpy Cat, Mikey. Apparently, Mikey hates everything. Which is really sad because this was the age of Disco and that can put a smile on anyone’s face. Well, his brother gives him the cereal, and shockingly he enjoys it. A kid who hates everything enjoys Life Cereal, I am betting that guy is a CPA at this point in life. 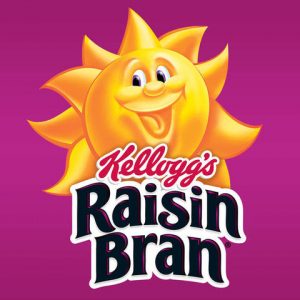 Have you always wondered what the Sun in the Jimmy Dean Sausage ads was doing before he was selling real breakfast food? He was the sun for the most boring cereal on the planet, Raisin Bran. Even the name makes my colon start cleaning itself. The sun would talk about there is two big scoops in every box. And all I can think about is when the hell does an eclipse happen. I almost look at the Raisin Bran Sun as too happy. Like it’s the complete opposite if someone actually had to eat Raisin Bran. What makes it worse, is that the raisins are always hard and dry. At least they don’t get soggy in milk. But sun talked about how many raisins were in each box, and part of me wants to know. But I can’t just bring myself to buy a box. 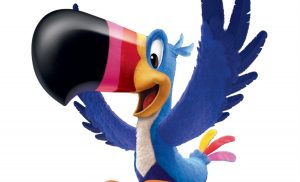 If there was an addict to cocaine, it is the mascot that comes in the number 8 spot. Look, if someone tells you to follow their nose, you know snorting a white powdery substance is not too far off. Toucan Sam is the mascot for Fruit Loops. I figure everyone reading this has partook in a bowl of fruit loops, and I can honestly say if that bird honestly believes that it smells like fruit, he needs to seek medical help. I get that it’s colorful mascot, but the drug references are just insane. I feel like Toucan Sam is the used car salesman of the cereal mascot world. He promises you this wonderful fruity taste and instead you are left with oddly colored milk, and Soggy Cheerios after a Rave

Speaking of drugs! If I were to ever be stuck in this world where cereal mascots existed with real people, think Who Framed Roger Rabbit, with balanced breakfasts everywhere. I know who my weed dealer would be. And that mascot would Boo Berry. You know, this was just going to be about BOO BERRY but I feel that it would be wrong not to include all of the monster cereals. Frakenberry and Count Chocula are the cereal worlds version of Burt and Ernie. And to add all of these cereals taste like ass. But I can’t forget the lesser known two monster cereals. How many of you remember Fruit Brute? You know why you don’t, because of silver bullets. And the other one, The Fruity Yummy Mummy. Nope. Not even going to try to make fun of that one. That is a slam dunk and too easy. 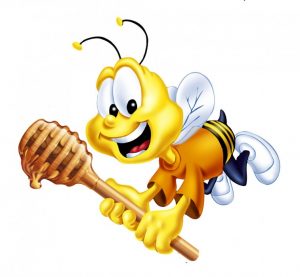 I might be the only one in the world to view Honey Nut Cheerios as the official cereal of babies. I am not sure why but when I picture it, I just see a kid throwing cereal everywhere. Want to know what makes that even worse? A bee telling you to eat healthy. Why do I want to listen to a pretentious Honey Nut Cheerios Bee? What if nature and instinct kick in? All that you are left with is spending your child’s first year of college on a brand new EpiPen. Never thought about that did you? 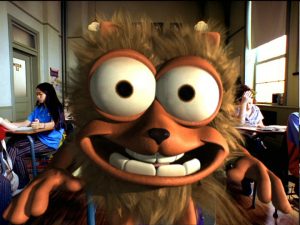 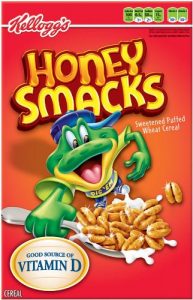 A frog…..A cereal…A reference to drugs that will bring back memories of the night you were conceived in a shady motel off of the interstate somewhere in Indiana. Dig Em just kind of went around high fiving kids telling them the greatness of his cereal which has changed from Sugar Smacks to Honey Smacks. And yet that is the name they change. Not of the Frog that will stone kids in ads, or the word smacks in general. It is a sad day. Dig Em seems to have second largest obsession over his cereal product. And it shows, he will admit that smacks are a complete part of a balanced breakfast. That doesn’t sound drug related at all!!! 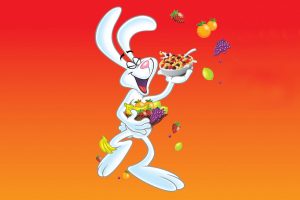 And continuing the cereal mascots are addicted to their products such as Home Improvement stars were addicted to Cocaine in the 80s. Next up is the Trix Rabbit. I feel that any character tries to steal from children is complete dick bag. I feel that the Trix rabbit would steal cereal from a homeless kid. That is an addiction that seriously needs help. I am not sure if there is a Betty Ford clinic for cereal mascots, but someone better start one. Also, what little shits the kids are for not sharing their cereal! Like those two kids are going to eat a full box of cereal in front of the Rabbit. Bunch of savages on both sides. 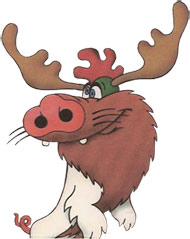 Have you always wondered what would happen if Rocky and Bullwinkle were related and somehow they had incestial deep south, trailer park, sex romp that gave the world a baby. And somewhere in the future that baby on swiped right on Fiber (Cereal mascot equivalent to Tinder) and had sex with the Honey Comb Monster, and then that unholy union had a baby. That baby would be Bigg Mixx. I am not sure what Kellogg’s was smoking in 1990, but damn they should have shared with the rest of the class. This may go down as one of the worst mascots in history. The only way Bigg Mixx should ever be remembered is on a list like this. 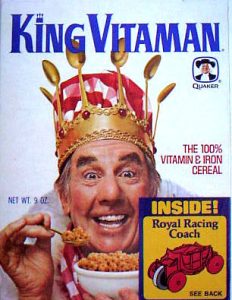 Have you ever wanted an old creepy man to follow you in a van, and instead of candy he would offer you cereal to get in? I bet 100% of you said no, so I am baffled how people actually bought King Vitamin. A creepy old man on a box with the bushiest eyebrows known to man, trying to get kids to eat cereal with fiber and high on iron. This spells for a disaster. In 2000, they adopted an animated mascot, but it was too late. King Vitamin is still around and can be found in your local Dollar Tree.