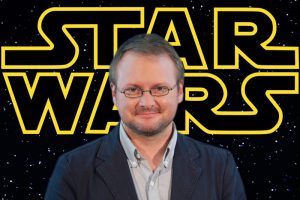 Star Wars fans this may be news to rejoice too, or news that may make you want to set the land of the mouse on fire. Disney has announced that there will be a new Star Wars trilogy. Disney has announced that the director of the upcoming Star Wars: The Last Jedi, Rian Johnson has been asked to pen a brand-new Star Wars trilogy! This is coming off the heels of the company being excited about Johnson’s performance during the The Last Jedi. He will be working on the new trilogy with Ram Bergman. Filming is not supposed to begin until after 2020.

Disney is going to milk the franchise for as much money as it can, and I can’t blame them. However, this may fall into an oversaturation of the market. This will be the first time that the saga may not follow the Skywalkers, and for that, it may be good enough to stand alone. It is a good thing to steer away from the main part of the original franchise, as the newer stories have been looked down upon. However, a whole trilogy just in name may be enough to make the fan base angry. Star Wars is more than just a name, but with recent Marvel titles, cranking one out a year seems to be the formula from the mouse. Will this be an oversaturation of a market, could it diminish the legacy of the original Star Wars? Only time will tell.