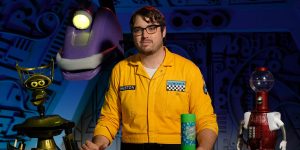 So, it is not very often that a reboot will be able to hold the jock strap of the original. In fact, the reboot usually leaves a lot to be desired as almost if it was like trying to recreate the night you lost your virginity, or going back and watching Power Rangers. But this one time, the reboot seems to be on par with the original.

Mystery Science Theater 3000 was released earlier this year to a plethora of rave reviews, and the show delivered on what we loved, making fun of bad movies. MST3K fans, it’s time to celebrate once again, as the show has been picked up for a second season. New terrible movies, more Felicia Day and Patton Oswald, more Jonah, and more of the robots we love. No word on when the second season will be released on Netflix but my guess would be “in the not so distant future.”