A Self-Help for the Helpless Public Service Announcement from Your...

This is a very Self Help for the Helpless Public Service Announcement just in time for Christmas. If you happen to be like one of the people described in this article, a man dressed as Santa Claus will show up at your door to kick you in the chestnuts, or the mistletoe. We do not discriminate around here, especially at the holidays. 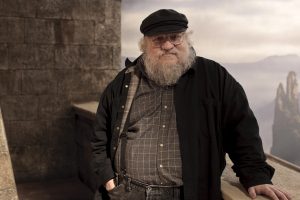 I understand that there are people in the world who do not like Christmas. The people who find this time of the year to be a bigger pain in the ass than another person’s screaming child. I get this. But somehow at least once during the holiday time, these people will experience some sort of joy. It may be a party, getting together with family, watching a movie, or even just being by yourself. These people are not heartless, but there is a type of person out there that will strike fear into the hearts of boys and girls everywhere. This person is worse than a Grinch; this person is the kind of person to shit in your Figgie pudding. We all know someone like this. A person who likes treats fun as if it was a beloved character in George RR Martin book. A person who is extra malicious and salty towards everyone and everything. These people are better known as the XMAS Asshat.

You know the people I am fucking talking about. The person whose hierarchy of the season goes themselves, the person in the mirror, the reflection of the person in the mirror, the child of their parents, The Kardashians, and then Jesus. They are the person who is going to sit down at Christmas dinner and say things that will cause members of the family to want to drown themselves in the fucking potato salad. And I get it, Christmas fucking sucks. Everything about people being happy just pisses them off, sends them into a blind rage. But want to know a secret, since the beginning of time, people suck all year around. But apparently, the only time when you see the suck fest is at the holidays. Which tells this Stick Figure that you are not looking hard enough at other times of the year. Instead of being trapped inside Eeyore’s wet dream of sadness, looking like you may run into a shopping mall yelling Santa Claus isn’t real, it may be time to actually try enjoying the holidays.  If you are the reason the entire family dreads getting together, it may be time reevaluate things. In life, you may be gifted a lot more second chances than you deserve, but you only have one family. In the words of RuPaul, Don’t Fuck it Up! Now, cue the more you know graphic, and don’t be an asshat to people could potentially be changing your adult diapers.