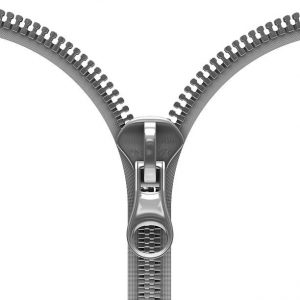 It may be my first time gracing the 25 Days of Christmas, but it won’t be my last. I see it is time that we meet again. I have been getting more awesome as the days go by, I am guessing you are doing the complete opposite. I bet you are sitting there eating your cookies, watching yourself as you have to throw away another pair of pants as they have gotten too small. I should invest in an elastic company, because I know there is no fucking way you have worn something with a zipper since your teens. I also have a question that will offend you. When was the last god damn time you actually were able to see your penis? I bet more people have seen Amelia Earhart in 2017 than have seen your dick in the last century. I feel bad for Mrs. Claus. Just remember, the day will come where you won’t be able to satisfy her needs, and I will be there to swoop in and save the mother fucking day. Eventually, the Viagra won’t be able to work through the layers of sugar cookie dough tubbo.

I guess you want to know what I want for fucking Christmas. I want the demise of the leader of this website. Do you know how hard it is to write about Christmas when I have to look at his face each day. If botulism ever had a human face, it is his. I don’t think I am stretching that far on that one, I am not your pants. I am getting really creative this year! Here is what I want, I want him to find a two liter of Pepsi. He can’t resist the taste of Pepsi. Inside this drink will be laxative. An hour later the laxative will kick in, but instead of being close to a bathroom, it will be in the middle of nowhere. The only stop of miles is a place where you can pull off for a view. Well, he pulls off the road, and runs out in the middle of this view which is hills, not realizing people can see him. And as he is humiliating himself, someone would be filming the whole process while playing the main title track from the Sound of Music. See this year, I don’t want his death, I want a humiliation so awful that he won’t be able to escape. I want him to be know as the Von Trapp Shitter for the rest of his life. Every where he goes, people will sing that song to him. Thus, leaving him to never getting out again, and I would become the new face of this company.

Also, I still want that god damn Slinky. I know they are not difficult to make, IT IS A FUCKING SPRING! Take one from your mattress. And heaven knows your bed could use some tension relief.

Until next year diabetes poster child