The Top 10 Places That Will Ban Roy Moore Since...

by Stick Figure Dan 3 years ago9 months ago 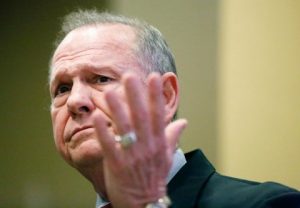 We were told that we needed some political articles. Well, there is only one Stick Figure with the god damn balls big enough to take on Politicians and that is me. So, Alabama saved the decency of the country. And if it happens to turn out that the stories are not fabricated, this will be looked at as one of the best decisions in American political history. But it got me thinking. Since he won’t be in the senate, and not allowed at the mall, what are some other places that Roy Moore will not be allowed into or banned from? We count them down, the Top 10 Places That Will Ban Roy Moore.

10. A Young goat farm. Why? Because they are called Kids.
9. Legoland. You fuck up that bad, you don’t deserve to be around Legos. In fact, he should have to walk across them.
8. A Circus. Because Families and animals and see #10
7. Any grocery store with a rideable Dino from the Flintstones.
6. A petting zoo. See #10
5. The Drivers seat of an Ice Cream Truck
4. Christmas Parades
3. Any Boy Band Concert
2. Chuck E Cheese because they have morals. And See #10
1. 99% of playgrounds. I would have made it 100% but I realized some prisons had jungle gyms.