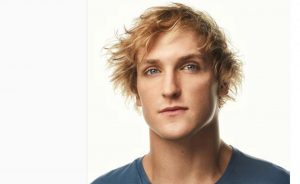 You decided to write an apology to the internet, well, on behalf of the internet, You Can Fuck OFF! I guess I have been living under a rock lately or something to that extent, but a slight question, who the fuck are you anyway? Just by watching one of your YouTube videos, I can say without a shadow of a doubt, that I miss the days of people getting famous from a god damn sex tape. I am assuming that you hit your head quite a few times when growing up, but there is a thing called etiquette. There are people out there who struggle with depression. And fight each day just to get out of bed. But, you decided to show in a video that was viewed by people of all ages, (Yes, a lot of children follow this asshat. I yearn for the days of Lazy Town.) a person who lost that fight. And instead of doing the right thing, and put down the silly little camera and be a fucking adult, you decided that it would be fun film and make fun of the person. WOW! You are a very special kind stupid. I can actually quote Firefly for this case. You are going to go to a special kind of hell. A level reserved for child molesters and people who talk at the theater. Let me remind you that Karma is not the name of a girl you met outside a Jack in the Box. If anyone has a time machine, if you could somehow just get this dudes Dad to use a Condom or jack off in a sock like a normal person, this would not be an issue.

And YouTube we need to chat as well. How is it that all of this shit can get flagged, including wonderful creators in the LGBTQ community, the wrestling community, and people who actually want to make a difference, but this pickle fucker can post a video with a dead body and it is all fine? I think you may need to get your priorities straight before public puts up a wall faster than the Cheeto in the White House.

Normally, I do not get upset that much about things, but this time I am pissed. I have been there. I struggle with crippling depression. Just remember that you are not alone. There are resources out there.