The 90s Reboots Are Taking Over: Animaniacs and Sister,Sister 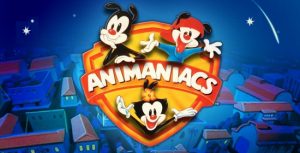 I am not sure I can blame the networks for wanting to jump on the bandwagon of rebooting shows, but it seems two more shows are going to be resurrected from the dead. One makes sense, the other, I am bewildered as a fan of television

It was announced that Hulu would be rebooting the very popular Animaniacs. The cartoon took place around the Warner Brothers….Yakko and Wakko….and the Warner Sister Dot. The three were locked in the water tower at the WB studios only to escape and cause havoc. Also, the show had a ton of smaller cartoons, the most import being Pinky and The Brain. The showrunner will be Wellesley Wild. He has been an executive producer for Family Guy and the Ted franchise. The show being rebooted makes a lot of sense. Especially coming off the wave of the success of the Ducktales reboot. So far it seems that the original cast will return to reprise their characters and give the show the feel that it needs. 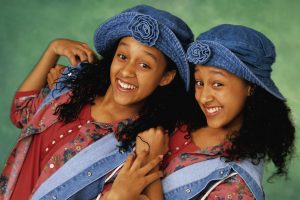 But one show that does not make any sense is the reboot of Sister, Sister. Sister, Sister was a staple of the WB network during the 90s. The show follows Tia and Tamera, twin sisters who were separated at birth. One day at the mall they run into each other, and the rest is history. The show debuted in the TGIF line-up in 94 to move and become a staple of the upstart WB Network. Sister, Sister ran for 6 seasons. And while I was a massive fan of the show, the question needs to be asked if a reboot is necessary or not. I have a feeling this is coming from the success of Fuller House on Netflix. The show has yet to find a home, but it does seem that the original cast is also slated to return for it as well.