An Open Letter to People Blaming Millennials for All the...

We need to have a conversation. Why is it that people blame an entire generation for everything that goes wrong? I get it. There has to be a scapegoat so why not make it the future generation. You know the ones that will be giving your nasty ass sponge baths in the Nursing Home in 20-30 years. Blaming an entire generation seems to be the best idea? That would be like me getting food poisoning from an Olive Garden and blaming Gas Station Sushi because someone out there thought that would be a good idea for breakfast. Let’s go down the list one by one, shall we?

#1. Chain Restaurants.  Just because some people actually like to taste their food does not mean we are killing chains. Our generation is more health conscious. I will sleep better at night knowing that no other person will have to eat something called a riblet.

#2. Housing. So, we are not buying starter homes anymore. We are saving up our money and getting the home we want. Why is this a bad thing? Moving is about as subtle as a public toilet seat on a bus. No one wants to do it, then why do it more than 5 times in your life.

#3. Napkins: Shut the fuck up. Have you tried cleaning a spill with napkins? You look like one of those magicians who keep pulling scarves till there is no end.

#4. Beer. I prefer a good beer and not one that tastes like it has been sitting in a broken toilet for two weeks. Sure, this is our fault. I am more of a whiskey guy anyway.

#5. Places Like Hooters. We have respect for women. No jokes.

#6. Cereal. Fucking Cereal. If I wanted to eat sugar-coated cardboard, I would visit one of the chains from the first thing.

#7. Golf. Have you tried watching golf? And anyone who tells you the game is relaxing is full of shit. Chances are they do not even own an eight iron. Want to know why? Because that club is in the lake on hole 6.

#8 Motorcycles. I am not sure on this one. I have nothing. I enjoy motorcycles. 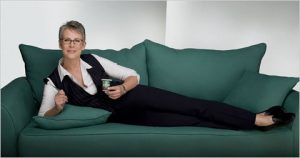 #9. Yogurt. Want to know what killed yogurt? Jamie Lee Curtis telling us that we would have normal poops if we ate it.

#10. Bars of Soap. Do you really want to clean yourself with something that always had at least one pubic hair attached to it?

#11. Diamonds. I would rather invest my money in a ring pop. The value is going to drop just as much after purchase, but it will taste great.

#12. Fabric softener. The head of Proctor and Gamble says that Millennials do not know what the product is used for. It is to soften clothes; it is in the god damn name.

#13. Banks. A lot of my generation does not trust banks. And can you honestly blame us? The idea of Ron Swanson burying all of his gold in the backyard seems to be a winner.

#14. Department Stores: Have you seen the clothes in department stores? I have been in a Dillard’s, and my mother is too young for that clothing. She is in her 70s.

And most recently, Toys R Us, who blames millennials for the store fails. Well, it really isn’t our fault when you took on 8 billion dollars in debt over the past 15 years. In our terms, you are 12th year senior at Harvard. Those are student loans, bitch. And another thing, our generation does not eat Tide Pods, that would be a few morons in the generation below us which is the iGeneration. The challenges we took involved fucking Cinnamon. Don’t blame a generation by one thing done by a few idiots. Instead, of blaming one generation for all the world’s problems, look at the bigger picture. You will learn something if you do. And when all else fails, just blame the fucking government like a normal person.