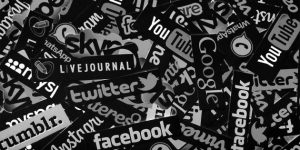 I have been an active member of a social media platform for approximately twelve years. I know that there’s a lot of you out there that have been on social media longer but take a moment and think about this. Twelve whole years (or however many years it is for you). At thirty-two, that is a substantial chunk of my life. With the addition of smart phones to our daily lives, social media has become integrated into our routine so discreetly that we don’t even think about it anymore. It’s as natural as any other daily activity.

My very first introduction into social media was Myspace. I was just out of high school and it gave me a way to remain in contact with classmates that were moving away from home. Myspace was simple and customizable. It allowed user to create a personalized page that reflected the user’s personality. It also launched the careers of several music artists.

In early 2007, I remember one of my co-workers telling me about this new great website called Facebook. I thought it sounded a lot like Myspace and resisted when she said I should join. Eventually, I too, gave away to peer pressure and joined the massive social media platform that is now Facebook. In the beginning, it was like checking my email. I would drag out my laptop and listen to the shrieking sounds of dial up trying to connect. Once connected, I would quickly check my “wall” as it was called back then and glance through friend’s posts. I did this every day or two.

As technology advanced, the ease of access to social media grew. Dial up disappeared (Thank God!). Smart phones were released. Apps were free. I no longer had to “work” to check Facebook. I just pulled my phone out of my pocket. Originally, my friend count was small. Limited to close friends and family. People that I wanted to talk with regularly. My friend count multiplied over time. Slowly adding co-workers, distant family members, friends from kindergarten, people who I met at concerts, etc. All great people but the additional posts creating more noise on my timeline. 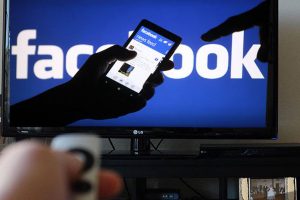 Facebook paved the way for other social media platforms. People bouncing between apps such as Twitter, Snapchat, Instagram, Musically, Reddit, and many others. I have even had friends say that it is hard work to manage all of their accounts. I do not understand why anyone would want to go to the trouble.

I had recently learned about the creepy way advertisers were allowed to target me on Facebook. I had also become aware of how often I was looking at Facebook. It was a compulsion. I wasn’t looking for anything. I might have checked it thirty minutes prior. My timeline was often filled with political rants and sad stories that I would quickly scroll past. Due to Facebook’s frustrating algorithm I would rarely see close friend’s posts. I was tired of it. Something had to change.

On the first day, I picked my phone out of habit and had nothing to check. I put back in my pocket. An hour or two later, I pulled it back out and repeated the process. I did this without thinking. I’m not a stupid person. I know that the app is gone but try doing something for over a decade and see if you can stop immediately. Later that evening, I began to think about people who I talk to fairly regularly (Hi, Kaylin!). I did not do a dramatic “I am leaving Facebook” post. I wanted to be reachable. So I added it back.

As the rest of the week passed, I had mixed emotions. I was worried that some of my friends might think that I was ignoring them. I normally receive multiple notifications throughout the day. With my app gone, they would not receive a response.

I began to feel a little detached. I do not watch live TV. I do not watch the news. I do not listen to the radio. I do read news apps but not regularly. I did not realize how much current events I learned about through social media. Or was at least made aware of so that I could go seek out further information. This knowledge made me unease.

Yesterday, I went to a really fun work event. I took some pictures and I can’t share them on Faceboook. I do not feel the need to share it for attention. I am not looking for validation or compliments. I almost see it as a way to document my life. Like a scrapbook.

Towards the end of the week, I stopped looking at my phone needlessly. My mind feels less cluttered. I don’t like I have to be sad or worried about other people in addition to my own concerns. I feel more autonomous and ready for week two.