The Adventures of Sassy Shern: The Man

Once upon a time…. Is that how stories start? Is that still a thing? Do writers still do that? I feel like I am lost somewhere in the beginning ages of fiction. Oh well. In a medium sized village, big enough that the town had bowling alley, lived a very sarcastic woman. Her name was Sharon, but for the sake of not wanting to get sued by the actual person, we will call her Shern. Her first language was English, but her second language was sarcasm, or Tim Burton quotes. That would honestly depend on the time of the year. She is a bit shy but will sass you into tears. Superman’s weakness was kryptonite, Shern’s weakness is well…People. If you can’t tell the villain in this story is going to be tad lackluster. 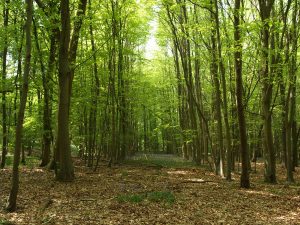 One day, Shern was walking through the woods. However, for the sake of our younger reader, the forest was moderately intimidating. Not scary, just enough to make you feel uncomfortable. Now, most people when going for a walk in the woods, dress appropriately. But not Shern. She wanted to buck the system, and potentially make normal people piss themselves. You see, Shern was sassy, and she would dress as beloved character Wednesday Adams. I am not sure about any of you, but I would be terrified if while walking through the woods I came across a translucent woman carrying a skull.  But, this would not be a normal day in the woods for Shern. This is the day she would meet someone very special, and that person was a very handsome individual. Muscles rippling from the chest, an 8 pack. A freaking 8 Pack. That is the type of stomach you can grate cheese on. He had hair. I am not sure where to go with that, it was more of a normal short cut. I am not a barber, but he had hair. She stops and gazes at him. In this moment, she realized that actual human interaction was about to happen. She could feel her powers being zapped away by this specimen of a man. As our hero and the man become closer, they both look down. To try to avoid eye contact, as if one of them had farted in a church. The man bumps into Shern. Accidently of course, but she becomes livid.

“Walk much?” Shern says in a pissy sassy tone.

The man looks up with his hair staying in place. “Yes.”

And the two would go on their merry way, never seeing each other again. Did you think this was some sort of love story? Have you met Shern? Sappy love story is not in her wheel house, plus I told you the villain would suck in this story. Shern is happily married to her high school sweetheart or Edward Scissorhands!