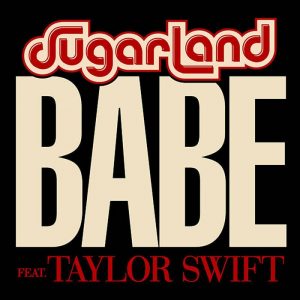 When award-winning country duo Sugarland announced that their first album together in eight years would be released on June 8th, fans went nuts. Country radio went nuts. And current country duos everywhere probably began to panic a little. Then news came that the duo’s highly anticipated new album would feature a song with Taylor Swift, and everyone everywhere lost their minds. But for VERY good reason.

After her successful return to country music with “Better Man,” which she wrote for Little Big Town, fans and critics wondered if Taylor Swift would ever return to country music again for good. While, I don’t think she’ll be doing a country album anytime soon, the “Shake It Off” singer has returned to country music once again with yet another song that will no doubt dominate country radio before we all realize it’s even happening.

This time around the singer-songwriter teamed up with pop-rocker and Train frontman, Pat Monahan to pen one of the catchiest songs of the year. Although, Jennifer Nettles and Kristian Bush don’t typically accept outside songs for their albums, they couldn’t help but listen when Swift pitched them “Babe.” And of course, who’s going to turn down a song pitch from Taylor Swift? With Nettles and Bush both in love with the song, they made the decision to include it on the album and insisted Swift sing on it.

Contagious melodies and simple lyrics that leave a deep imprint (“I break down every time you call/we’re a wreck, you’re the wrecking ball”) make “Babe” irresistible and an easy track to have stuck on repeat in your mind. Nettles’ vocals are stronger than ever and thanks to the flawless production work of Mr. Kristian Bush, Swift’s backing vocals layer on top of Nettles’ really transform the song into one of the best pop country songs we’ve been fortunate enough to hear in a long time. There’s no question it won’t be long before this smash of a single shoots straight to #1 on the charts.