Andrew Lincoln Walking Away from The Walking Dead

Andrew Lincoln will be walking away from the hit AMC show The Walking Dead after this upcoming season. Lincoln has been the face of the franchise playing the character of former sheriff Rick Grimes. Lincoln talks about being phased out of the show in a much similar fashion to that of former co-star Lauren Cohan.

Andrew Lincoln will be on just 6 episodes of the upcoming season which leaves the question, what will happen to the franchise? Andrew leaving the show will leave a huge gap for AMC to fill. The show still ranks among one of the highest watched among the 18-49 demographic. The show itself could become the one thing that the main characters are trying to escape. Lincoln does believe once that Rick’s loose ends are tied up, there is an end game. The idea that he put this out there almost guarantees that Rick may suffer the same fate as other fan favorites of the franchise. 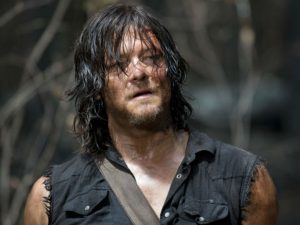 However, not all is lost to AMC. The network has just offered Norman Reedus a 20-Million-dollar deal to become the new lead of the show.  Not a surprising move, but it may be a little to late for the character of Daryl Dixon to become the focal point this late into the run.

With most of the main characters dying throughout the run of the series, it may be time for AMC to take Lucille to the show. I am not sure the show will be able to continue without Andrew Lincoln. Nine seasons is nothing to be ashamed of, but I am guessing fans of the show do not want it to become a shell of its former glory. Fear the Walking Dead will continue on, but The Walking Dead is slowly turning into that walker that will need to be taken out soon.