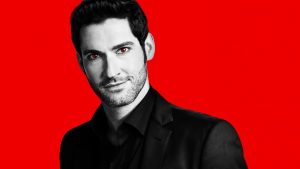 Well, it looks like Fox is back at it again. The network that has killed many loved shows in the world has killed two more. Yesterday, we learned that Fox decided to axe Brooklyn Nine-Nine. The comedy has earned a cult favorite status, but that did not stop the people at Fox from pulling the plug. However, fans of the show will take note that Hulu is looking at picking the show up. During yesterdays wave, besides Brooklyn Nine -Nine, we also learned The Mick and Last Man on Earth was also given the boot.

But the people at Fox decided that they were not finished. Lucifer has also been cancelled by the network. In a move kind of shocking but not, the network decided against renewing after three seasons. The ratings were not great, but still one of the more loved shows on the network.

It has been the most amazing experience over the past 3 years playing Lucifer and falling in love with you, the fans. It fills me with great sadness to confirm the rumours that some of you have been asking. Fox has indeed cancelled #lucifer I’m so sorry guys. #gutted