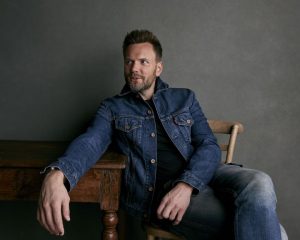 I want to find a man who can be an insensitive prick but can also be sweet. Does that make any sense? I am guessing that it doesn’t. I also want a man that can make me laugh. I am needy. I just realized that I am one of the neediest women on the planet. But that is ok because, for one night, I am going to chase a man who always plays a cool guy. A guy that would not give me the time of day, but a guy when no one is looking will make out with me in the corner of a library. I feel somehow a video of that would end up on the internet, and he would make fun of me for about a minute. And no, I am not talking about that hack, Daniel Tosh. I am talking about the next induction into the Hall of Hunks, Joel McHale.

As a woman growing up in a small town, there was one thing that was for certain; I was never invited to parties. While my friends were out getting drunk at the cell tower, I was sitting at home Friday night in my bed watching television. And one of the shows I happened to find during those lonely nights without friends was The Soup hosted by Joel McHale. Each week Joel would take clips from all the popular shows and make fun of them with his brand of humor. I may have been stood up a lot on dates, but one man who was always there for me on Fridays was Joel. He was able to make me laugh during the saddest of times.

But, then I was flipping through the channels one night and discovered Community. His portrayal of Jeff Winger was fantastic. You wanted to hate him, but you also loved him. I can relate to the character of Dean Pelton very well when it came to feelings for Jeff Winger. Joel was able to make this character seem real for a sitcom because we have all met that one friend who was a bit of a douche bag. Somehow, he would always come through in the end for his friends. And isn’t that all you want in someone. 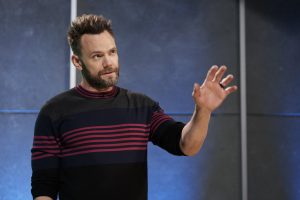 This man has had roles in a lot of our favorite shows and movies, Bojack Horseman, Sone of Anarchy, Robot Chicken, The X-Files. After the gang graduated Community College, Joel went on to star in a CBS sitcom called The Great Indoors, which only lasted one season. But now he is on the Netflix hit, the Santa Clarita Diet. Not to mention, back to making fun of clips from TV shows, and the internet on The Joel McHale Show with Joel McHale.

The man is a father, a husband, a stand-up comic, and was able to keep this girl from going crazy on lonely nights with his brand of humor. And that alone will always make him a hunk in my book.