Breaking News: Matt Smith Will Be Part of Star Wars:... 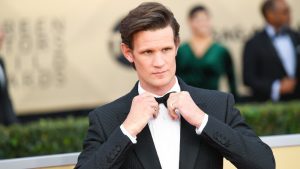 The Doctor is coming to a galaxy far away. In breaking news, Matt Smith will play a key role in Star Wars Episode IX. No details are being revealed about the character that the former Doctor Who actor will be portraying, he may be a rebel or part of the evil empire. Right now, anything talked about is up in the air. Smith is already joining a star-studded cast for the next installment of As the Skywalker Turns. And also, with the news that Lando is returning, Episode IX is shaping up to be the most must-see film in the new trilogy.

Smith is coming off his Emmy nominated performance on the Netflix show The Crown, and is quickly becoming poised to be one of the top stars in the entertainment industry. Star Wars Episode IX releases next year.