Marvel VS DC Round 1: The Marvel Bracket

It is time!!!! We are kicking off our second Ultimate Geek Debate of 2018. The Lion King took the ultimate Disney Animated Movie, but today we embark on a new journey. 32 Characters, you decide who wins and who goes home. It is the battle for ultimate bragging rights. On one side of the Bracket is 16 of the greatest characters in Marvel History, and on the other side, 16 of the greatest DC Characters. The tournament will come down to one from Marvel and one from DC to battle for supremacy.

We kick off the first round with the top half of the Marvel Bracket which is led by your Neighborhood Friendly Spiderman. You decide who wins. Voting ends at 7PM on August 9th. 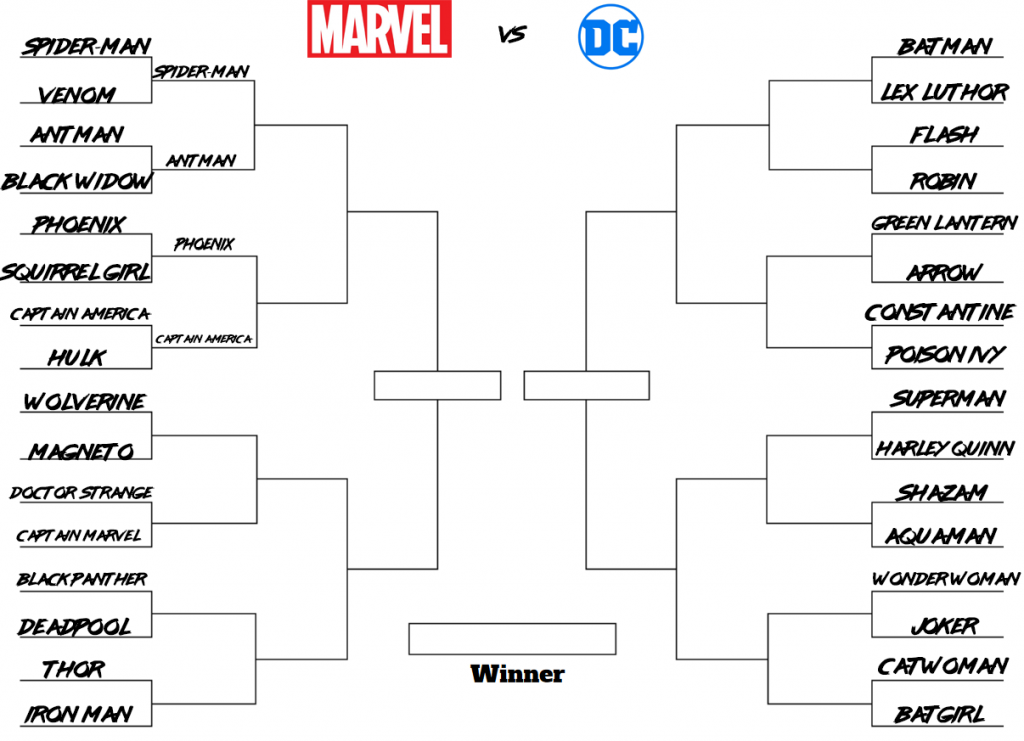