Reasons You Should Go To SPA-CON Pt. 1

September is going to be a crazy month for us here at the Magazine. A lot of amazing stuff is planned including ALL IN and STARRCAST, Werq the World, SEMO CON, but let’s talk about what you should be doing on the weekend of September 21st through the 23rd. You need to get the family, all of your geeky friends, and even your grandparents while you go on adventure to SPA-CON in Hot Springs Arkansas. 2018 will mark the third annual convention taking place at the Hot Spring Convention Center. The stigma about most comic conventions is that you have to be a comic book fan to enjoy being at a con. But that my friends is completely false. SPA-CON has something for everyone, and we going to list some of those. And sure, we could do a countdown that is as long as the first four chapters of Pride & Prejudice, but to experience everything you are going to have to purchase a ticket. So, on with the countdown……..

Let’s start with something that we love around this site, and that is Cosplay. A couple of years ago, I said that Arkansas is one of the most underrated states in the world of Cosplay. And at a premiere event such as SPA-CON, you are going to get some of the best cosplay in the state and even the country. Whether you don the tights to become your favorite character just to walk around the convention floor, or decide to enter the Cosplay contest, SPA-CON has that covered. And with conventions comes panels on how to improve your cosplay no matter what if you are a beginner or a seasoned pro. SPA-CON also features a great line-up of some of the best professional cosplayers in the country. With names like Ginny Di, Nightingale Vixen, and a Bumble Bee Cosplay, you have to see to believe. 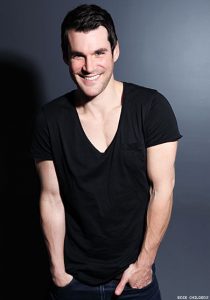 I am a sucker for guests. One of the things that keeps us covering conventions is the idea of listening to a guest tell stories about a fandom that I may or may not have a tattoo of on my body. It is really an interesting time to be an intimate setting with someone you look up to or defined your childhood. This year, that is Sean Maher from the Firefly. Sean is best known as his role as Doctor Simon Tam aboard our favorite vessel, Serenity. As fan of Firefly, just being able to hear stories from on set in person is special, plus Sean does not do the convention scene very often, which makes this appearance very special among fans of his and the show. He is also Shrapnel in the ARROWVERSE, voices Nightwing in the DC animated series and so much more. However, Sean is not the only guest on the SPA-CON list.

I am sure that if you were to look up movie stars of the 1970s, Pam Grier has to be near the top of the list. She was the face of the Blaxplotation films. But she is a lot more than that. Pam Grier brought an ass kicking female to the front of the line in the cinema in the 70s. Here portray of females that will take down everyone is something that will be placed in pop culture lore. And rightfully so. Over September 21st-23rd, you have a chance to meet a woman who is historic in the world of cinema.

Not to mention to make your geek heart happy and full of glee, Veronica Taylor will be in Hot Springs. She is the voice of Ash in the US version of the Pokémon series. Butch Patrick who portrayed Eddie Munster on The Munsters will be meeting fans. But he is not coming alone, he will be bringing with him the Munster Koach and Dragula. I fangirled over the truck from Twister, so I am pretty sure more Fangirling will commence over these iconic vehicles. Horror fans will also be getting a treat by being able to see Leatherface from Texas Chainsaw Massacre 3. 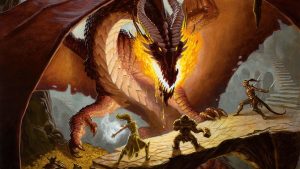 Over the past few years, board games have made a resurgence. Gone are the days of Monopoly and Sorry. In their place, games such as Ticket to Ride and Pandemic. But conventions have also been getting in on the fun by adding more gaming that is not just in video form. D&D and countless others have become a staple of the convention scene and SPA-CON is making that happen. SPA-CON is even offering a panel on how to make a dice bag out of leather. I have been across the country covering conventions and I have never seen that on a list. I am thinking that is something I will need to check out. And we can’t forget countless video game tournaments. Smash Bros. and others will be taking center stage to find out who is the best with a controller. I feel I would be very upset with myself if I did not talk about the fact SPA-CON has the gamer who likes to move around covered. On the expo floor, there will be a laser tag arena. That just screams fun. And something that will be enjoyed by the entire family. Bragging rights will be awarded a lot during the duration of three days.

But this is just the tip of the iceberg. And over the next month we are going to be looking at more of what SPA-CON will be presenting to give you the perfect weekend of nerding out. Tickets are on sale now, visit spa-con.org for prices, times, and more. And we will see you in Hot Springs.