by "MADD" Manda Walsh 2 years ago4 months ago

Despite what some may think or try to claim, rock music is alive and well. Actually, I would say it’s thriving. Though the year isn’t over just yet, it’s already been good to hard rock fans. In fact, 2018 has given music fans some of the best music of the year, and the hard rock genre is fortunate enough to be the “home” for those albums and bands. This year fans were treated to highly anticipated new albums from successful hard rockers Shinedown, Breaking Benjamin, and Three Days Grace while New Zealand natives Like a Storm returned with a killer follow-up album after their 2015 debut, only adding to their already established fan base. Female-fronted and fan favorite hard rock band, Halestorm released their fourth full-length album in 2018, and veteran rockers Godsmack released their first album in eight years, knocking both fans and critics on their asses because of how phenomenal a release it really was. I’m extremely confident when I say that both Godsmack’s When Legends Rise and Halestorm’s Vicious should be considered two of the Top 5 Best Albums of 2018, and without doubt the Best 2 Hard Rock Albums of 2018. So even though it’s still a bit early for our official end of the year Best Music Releases list, I wanted to share with you, our awesome readers, what I think are the 10 Best Hard Rock Albums of 2018. 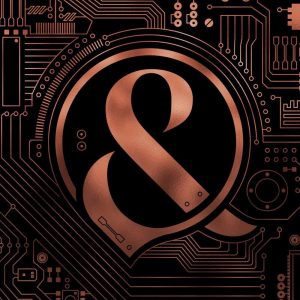 9)Five Finger Death Punch – And Justice for None

7)Escape the Fate – I Am Human

There you have it! This is the official list of what I think are the 10 best hard rock albums of 2018. Agree or disagree? Let us know what you think of these albums and what albums would have made your list. And don’t forget to subscribe to TBK Magazine so you can keep up with all of our other and upcoming lists, interviews, reviews and Artist Spotlight features!

Angry
1
Angry
Chicago native and Saint Xavier University alum (class of 2007), Amanda Walsh is an aspiring journalist with a strong passion for music and longtime love of writing. While in college, she spent her time volunteering as a radio DJ, working as the station’s Music Director, and serving as a regular contributing writer for the campus newspaper where she combined her love for music and writing. Between attending multiple concerts a month all over the city, interviewing various bands both in and out of the studio, and introducing her friends and show listeners to new artists (both local and national acts), it was during this time that Amanda really discovered her niche. Whether listening alone with her headphones or experiencing it live in person, music has always been Amanda’s safe haven and more like a religion, with concerts feeling more like going to church. Today the number of artist interviews under her belt continues to grow, as she strives to break new and up and coming artists before other outlets. She also continues to attend as many concerts as her bank account will allow. Her musical tastes range from “OMG you have to hear this” to “please don’t judge me,” and she is the person you want on your team in music trivia. She is also an avid enthusiast of the paranormal and anything in the realm of horror or the creepy and unnerving. With that said, she loves Halloween more than a normal person probably should and has a fascination with cemeteries. Aside from music and concerts, Amanda also enjoys reading, shopping and epic adventures. She's a sucker for a good mystery and anything acoustic. When she was a kid she wanted to be Nancy Drew when she grew up. At the end of the day, if she had to describe herself with a song lyric it would be this – “I’m somewhere in between what is real and just a dream.”