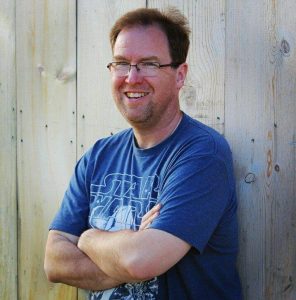 JOSEPH J. MADDEN author of The Starhawk Chronicles, Rest and “Wreck’-reation, and many more.

I wrote and illustrated my first book at age six (Seriously) about the cartoon character Muttley that apparently, I was obsessed with as a child. It wasn’t until about the age of twelve that I started writing stories more seriously. Been doing it ever since.

I primarily write science fiction (space opera, military sci-fi), but I do dabble in epic fantasy, some horror/comedy as well. 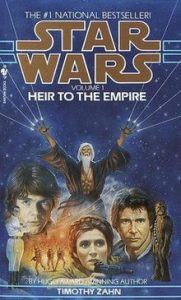 Star Wars: Heir to the Empire, by Timothy Zahn. I was actually developing a Star Wars story of my own until I read that book. Zahn set the bar so high for SW authors that I couldn’t even see it. Some of the concepts for my story are being reworked for other books instead.

Though it’s not a work of fiction, Walt Disney: An American Original by Bob Thomas is my favorite. Walt is my idol. Whenever I feel low creatively, I read this book for inspiration.

The Starhawk Chronicles: Rest and Wreck-reation is my favorite book that I have written to date. I just had so much fun writing it.

Movies. I love movies. Doesn’t matter what era or genre. If the story strikes me, I watch it. I can jump from Saving Private Ryan to Singin’ in the Rain to an old Douglas Fairbanks silent film. Though, of course, science fiction is usually my go-to.

Editing is part of the job for me. Sometimes I’ll find a more satisfying way of saying something than I originally wrote.

Well, that didn’t go as planned… 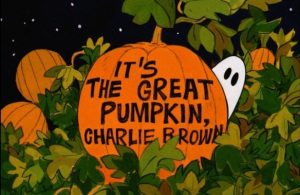 Every year, on Halloween, I watch It’s the Great Pumpkin, Charlie Brown. No exceptions. If my kids are home, I make them watch it with me. Favorite movies are Sleepy Hollow, the Johnny Depp version, Disney’s The Legend of Sleepy Hollow, and the original Halloween.

I will be dead long before my To-Read list is complete.  I prefer paperbacks. Do not even own an e-reader.

Astronaut, or a monorail driver at Disney World

Both, though the longer I have dogs, the more I appreciate my cat.

Do your siblings or other family members support your choice to write horror? Fantasy? Erotica… if you do? SCI-FI? Other genres?

Ironic that this question was posed. I just had a conversation with my mother who said I write beautifully, but she wishes I would write something other than Science Fiction.

As an excuse, yes. Does it work? Usually not.

Depends on how my day is going and what I’m writing. If I’m enjoying a scene I’m writing, I push through. Otherwise, I tend to wander the house, make coffee, play with the dogs…

Do you ever get to travel as an author? Do conventions? What have you learned in those endeavors? Book signings? Necessary evil even for the introvert?

I’ve been going to cons since I was 16, long before I ever seriously considered being a writer. It’s a good way to bond with other like-minded people and maybe make some connections

Only had one [signing] so far. Whenever someone would approach, I was like “So who talks first? Do I talk first? Do you talk first?” 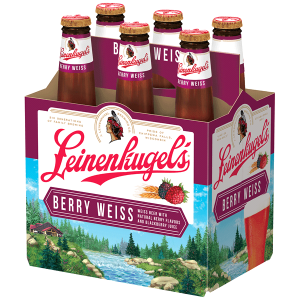 What is your go-to alcoholic beverage of choice?

There used to be a place in Vegas called Virtual World, where you got to play video games with or against others, (Like today’s multiplayer online games but in a simulated cockpit.) There was one game called Caverns of Mars (?) where you competed in different races against others flying through these different underground Martian mine tunnels. The idea hit me to use this concept for an escape from an underground prison, and I held on to that idea until Rest and Wreck-reation began to form in my mind.

Read Stephen King’s Salem’s Lot when I was in High School. Scared the bejeezus out of me

Just the actual writing process itself.

The first house my wife and I owned was an old country farmhouse. We both recall hearing a woman’s voice in the house when no one else was around, and it was usually heard in my infant daughter’s bedroom. Never got any creepy feelings from it. I think whoever it was was just checking in on our daughter.

Forrest Gump. After reading it, I wondered how anyone would ever want to buy the rights to it.

Jaws, also. The ending was much better in the movie.

When writing a novel, do you have an intended audience (i.e. adult or young adult)?

I write for adults, but keep it PG-13, in case I do attract younger readers

I have based characters on people I know, but I have not killed any yet.

As a reader, what are some ways that I can discover new independent authors and novels?

Facebook or Google+ has dozens, if not hundreds of groups and pages dedicated to authors and their works.

I cannot live without Chapstick. What is one comfort item that you must have?

I have one character in particular that constantly surprises me with what she does, or says.

What was your favorite Halloween costume?

One of those cheap, highly flammable Ben Cooper Darth Vader costumes where you would sweat of twenty pounds by the time you were done with tricks or treats because they didn’t breathe.