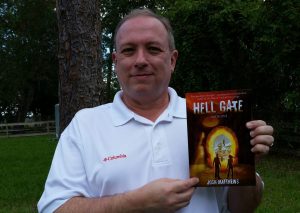 I love writing horror, which in my case includes post-apocalyptic. It gives me the freedom to write what I want without being bound by conventional norms of other genres. Having said that, I’ve written unpublished novels/stories in the thriller, techno-thriller, and erotica genres.

World War Z by Max Brooks. I loved the way he wrote the book as if were an oral history of the zombie war. Brilliant.

First-person shooter games. I’m hooked on the Fallout. Metro, and Wolfenstein series. I’ll play them for hours on end until I reach a boss fight I can’t beat, then it’s back to writing.

It varies. Sometimes I turn on the TV as background noise, other times I listen to 80’s rock. If I’m writing action scenes, I run a playlist on my iTunes titled “Music To Hunt Monsters By” which is a medley of rap, heavy metal, rock, and Meatloaf.

Editing and revising is just part of the job. What kills me is when I write a great scene and then have to heavily revise or delete it because I failed to notice a major plot flaw.

No, I don’t mentally edit it and, unless it’s poorly written, I don’t criticize it. Unfortunately, I tend to proof read it and pick out the minor errors that slipped by the editors. 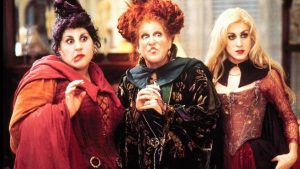 My favorite ritual is celebrating my anniversary. Yes, my wife (who is also a horror writer) and I chose Halloween as our wedding date. Our favorite Halloween movie is Hocus Pocus.

Beach, but not the crowded summer type; I prefer a private one where I can sit on a back deck and look out over the ocean. My favorite season is autumn, not just because of the cool weather but also due to Halloween.

I have two book shelves in my study, and half my Kindle library, filled with “to read” books. I figured it out once – if I read one book a week, it would take me almost two years to clean out my “to read” list. And I’m old school; I love the feel of a book in my hands.

Well, since I was already a CIA agent, I would fall back on my third love – a World War II historian.

I wanted to be a horror movie actor, like Boris Karloff. As I got older, I realized I wouldn’t need make-up to be in monster films, so I changed career goals.

Dogs (two Boxers) and cats (two). At one time we also had four rabbits. I felt bad for my little tan rabbit, Willow – my dog Bella thought Willow was her puppy and groomed her constantly, and my cat Archer enjoyed teasing Willow by hiding on her house and patting her on the head when she looked out.

I was fortunate in that, by the time I began writing seriously, I had enough life experiences to include in my novels. When first starting out, I asked Brian Keene how you write what you know if you’re writing about monsters? He told me his novel The Rising, about the fears of a man who drives across country during a zombie apocalypse to rescue his son, was based on meeting his son after several years apart, and then he added the living dead. It was a valuable lesson.

Write every day and never give up.

Yes, my family is fully supportive of my career as a writer, although none of them (except for my wife) have read my books.

Never. Family always comes first. There has been many a night in which, after spending time with the family, I stay up to two or three in the morning to get my writing done.

They’re all equally important. My Beta readers catch a lot of inconsistencies and plot errors, as well as provide jacket blurbs. Editors fine tune the book so it’s as perfect as possible. I have several beta readers for my books whose opinions I highly respect and value, and the team at Burning Willow Press are phenomenal.

Both. Some days I write a few hundred words at several times throughout the day when I get the chance. On good days, I can carve out a few hours and pump out one to two thousand words in a single sitting.

I do as many conventions as I can, most within a day’s drive. They are the best way to make fans. As for travel as a writer, I don’t do it often, although many of the locations I’ve visited during my previous job or for pleasure eventually wind up in my novels.

I don’t find book signings as evil. One of the best parts of being a writer is attending conventions and meeting fans and fellow writers. My advice to introverts is that you’re talking about what you know best – your book – so talk about it likes it’s your kids.

The fourth book in the Hell Gate saga – Nightmare in Tokyo – will be coming out in 2019. It’s the most action-packed in the series so far and introduces one of my favorite and most evil demons. 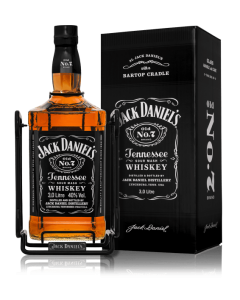 I spend a few days relaxing, reading, and watching TV.

Graham Masterton. I read his first horror novel, The Manitou, when I was ten and have been hooked on modern horror ever since.

No, but sometimes my nightmares wind up becoming scenes in my novels.

The Postman. The novel was about the travels of the main character through a surreal post-apocalyptic world and his own narcissistic attempts to survive it. The movie cast Kevin Costner as a man who originally sought to make the best of a bad situation but eventually, despite his desire to remain unnoticed, leads the fight against the local warlord and starts rebuilding society.

What is your ideal writing space?

A study filled with books and my monster toys in a house on a cliff overlooking the Atlantic Ocean.

All the time. I’m constantly changing my rough plotting because of how I think the characters would respond. I’ve also grown to like a few of them so much that I haven’t killed them off (yet) or have carried then over from one book to another.

You can find me mostly on:

but I spend less time on those last two sites.