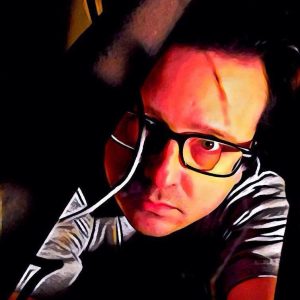 The voices began from an early age. Five, maybe? I’ve always had voices in my head. I didn’t really take them seriously until age fifteen.

I guess you would call it “horror,” although I’m not big on labels. I don’t mean to sound elitist when I say that, either. I truly mean it. Labels equal limitations. And I don’t believe in limitations. I write stories and let others decide. I’m drawn to dark stories and messed up people. There’s not much “happily ever after” in my head.

I could easily list a thousand. But some stand outs: Prototype by Brian Hodge, Bad Brains by Kathe Koja, Haunting of Hill House by Shirley Jackson, and, recently, Bird Box by Josh Malerman.

My favorite book of all time is Lord of the Flies. And my favorite that I’ve written? I haven’t written it yet.

Reading books, watching movies. But I don’t consider that wasting time. Wasting time is when I’m doing something I don’t want to be doing. Even if I’m getting paid.

I actually love rewriting. In fact, I often tell people: “I don’t think I’m a very good writer. But I’m a hell of a good rewriter.”

Sure. But mostly I try to focus on the story. Sometimes the writing of others is so good it makes me dizzy. The trick is learning not to copy great writing, but learn the tricks and find a way to make them your own.

I’ve always been a candy addict. So anything that isn’t peanut butter, or have nuts in it, I’ll take it.

Honestly, I don’t have any. It surprises some people, but I’m really not big on Halloween. I mean, I like it, but it’s not my favorite holiday. However, every fall I try to read something by Charles L. Grant or Ray Bradbury because no one captures fall like them. Even when they’re not writing about fall it still feels like fall. Elizabeth Massie is brilliant at that, too.

Mine will eventually collapse and kill me. Ebooks are fine, but I’m not too keen on them myself. I still prefer physical copies. But I finally downloaded a Kindle app and have been using it here and there. I’m cool with whatever people prefer.

Buddhist monk. Or one of the first colonists on Mars. Or, you know, some dude that just sits around and watches movies and whines about wanting to be a writer. Which I’ve had plenty of practice at.

Astronaut, archaeologist, or, failing either of those, the entertainment industry. 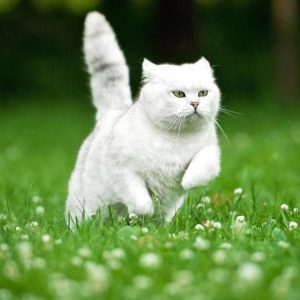 More of a cat person, but I love both.

Haha! I don’t know that I have. Seriously, though, I never subscribed to that old adage. I think the key is empathy. Fiction writing is empathy. If you lack that, so will your work. But if you start with empathy as your foundation— and I mean real, “warts and all,” I’m not afraid to see through the eyes of anybody empathy— then you should be solid. The rest is just research and voyeurism/eavesdropping, really.

I will paraphrase Michael McDowell: “Don’t try and write for the ages; just write, and let history take care of itself.” Barring that, “trust your editor(s).”

Well, most do. My mom’s never been too keen on what I choose to write about, but she still supports me. She just won’t ever read anything I write. Which is fine.

No. I have a million other, better, excuses for that.

Not embarrassed, because she’ll never read it anyway.

Mental breaks. I’m not a “push through” kind of guy. I wish I was, but I just wasn’t built that way.

I’m always down to meet readers. I can play an extrovert very convincingly. 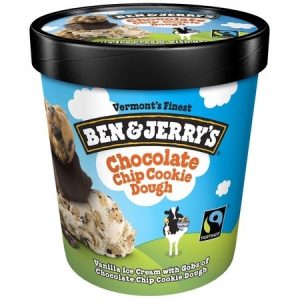 I take my brain out, grab a pint of Ben & Jerry’s, and watch the stupidest movie I can find.

All my characters are composited of myself and people I know. And no, I don’t feel bad. I would never make a character an overt representation of one particular person.

Yes, and it’s the greatest part of the writing process. Outlines be damned. Follow the characters.