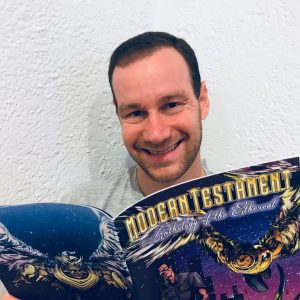 FRANK MARTIN author of many graphic novels, plus Skin Deep/Ordinary Monsters with BWP.

The very first story I remember writing was in 1st grade about zombies rising on Halloween. I continued coming up with stories involving some of my favorite characters in video games in cartoons. I thought it was just kind of playing around like normal kids do. It wasn’t until I actually began writing fan fiction of those stories that I realized, “hey. Normal kids aren’t really doing this.” From there it wasn’t a long leap to write characters of my own.

I really can’t pick a favorite genre as they all allow me to spread my creative wings in different ways. Horror let’s me unleash my dark side. Comedy my goofy side. Sci-fi my technical side. Fantasy my magical side. They’re all me. So choosing one over another feels wrong.

This is a weird question. It’s kind of like asking, “are you jealous of other writers?” I would say no. There are definitely books I love! But to wish I wrote them instead…it’s just the wrong mindset to have. Takes focus away from what I can do myself.

I loved World War Z. One of the few books I would actually want to read again. A favorite book I wrote is actually an unpublished fantasy novel involving floating cities. 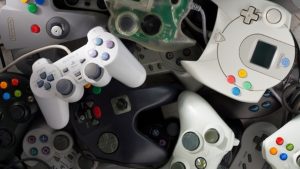 Video games. If I didn’t have to work, take care of my kids, go to the bathroom, eat, or pretty much do anything else, I could sit on the couch and play video games forever.

With the amount of time I have during the day I don’t have the luxury of “getting in the mood.” I just have to go for it.

Depends on the situation. Sometimes I can see so obviously where my mistakes are and have no problem chopping up a manuscript. Other times, I have several people telling me the same thing and have no choice but to “kill the children.”

Not so much with books. But movies? Absolutely.

Nothing. I think cemeteries are a waste a land. Cremate me and toss me in the Gulf of Mexico.

Mini Kit-Kats…wait. What do you mean “as a kid?”

I play a horror video game at night after everyone’s gone to sleep.

I really like it all. Honestly. All the seasons and all environments. But I do like the transition seasons more. Spring and Autumn. When the weather really starts to change in either direction.

I prefer paperbacks, but sometimes it’s easier to just get an e-book. My list isn’t long at the moment. Only about 10 books or so. But it’s never hard adding more.

I don’t understand the question. What does “not be an author” mean? Is that even possible?

Don’t be afraid of criticism. Be vulnerable. Allow people to read your work and pick it apart. It will only make you stronger.

Support? That’s a strong word. Let’s just say they haven’t disowned me. Which is still a win in my book.

Depends. How many orifices do the aliens have?

A whole day of writing? Do such things even exist? What country are they allowed in? I want to move there.

I have. Not often. What I’ve learned is that people who don’t know you aren’t going to care about you. So you need to make them care.

Yes. If you don’t want to meet your readers then why publish?

I’m also a comic writer, so my next project coming out in the next couple of months is a crossover comic launching on Kickstarter.

I enjoy trying unique and strange craft beers. It’s probably the most hipster thing about me.

By starting a new one.

I was a philosophy major in college, so a lot of my work comes from boiling a big metaphysical or ethical theme into a story.

Like most kids I loved RL Stine. Even today, I’m amazed by the amount of work he churned out.

It’s usually the other way around.

Never better. But different in a good way. I liked the American Gods series at times when it expanded upon parts of the book that were vague.

Feel bad? I thought that was the whole reason you put people you know in your work? 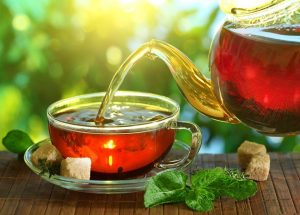 I cannot live without Chapstick. What is one comfort item that you must have?

Kind of. Sometimes I write the story the way I planned and I look at it and say, “this person would never do that,” forcing me to rewrite it.