by Sharon Isom 3 years ago2 years ago 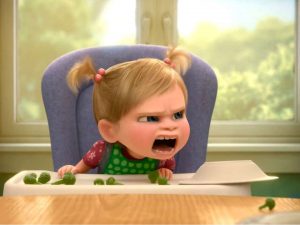 Did you see the name of the article and come here to fight me? It’s OK if you did. I can take a little hate mail. The truth of the matter is, I understand that parenting is not a one size fits all matter. It is an extremely hard job. Most of us put our hearts and souls into raising the next generation of tiny humans. We willingly trade our independence for sleepless nights, a constant gnawing fear that we aren’t doing it right, and a substantially lower bank account balance. No matter how hard we work to instill good morals and respect, there will be tantrums and some bad teenage attitudes. It just seems to be wired into their DNA to pop up at certain ages. Bam – Her molars are coming in and she’s screaming on the floor at Target because she wants new toy. Boom- he has body hair and does understand why he has to take showers that are longer than five minutes. Parenting is difficult enough without having other people judge them. Acknowledging these situations as sometimes unavoidable and somewhat excluded from this topic, people need to do a better job of controlling how their children act in public. I am a mom. I get it. I have walked out of stores – my son and I both in tears. His in anger and mine due to frustration. I know that there is no one solution or magic trick to raising perfectly behaved children. What may work with one child will fail terrible with another. Sometimes there is more going on that meets the eye and the parent has to play detective. Later learning that the child might have ADHD, anxiety, or something else that is causing the child to lash out. Parental involvement makes a world of difference. I believe that a majority of parents are doing everything within their power to help. I have to believe that deep in my heart or the little bit of faith I have in humanity will vanish.

Unfortunately, I know that there is a fair number of parents that are too lazy or just simply do not care about how their children act until it is too late. My husband and I went to a dinner party recently to celebrate friend’s return from deployment. It was held at a local restaurant. We were seated next to a little girl. While waiting for our food to arrive, the little girl’s mother got up and went to the end of the table to socialize with the guest of honor. That was when the little girl turned in to a terror. She began to make a high-pitched, migraine inducing screeching sound. Her grandmother asked her to stop but the request only seemed to encourage her. She started kicking my chair. I closed my eyes as I tried to gather my strength. The girl started blowing spit wads at us. Her grandmother continued to quietly discourage her actions. The girl got up, ran to my side of the table, and tried to grab my purse of the back of my chair. When she was unsuccessful, she ran to nearby table to bother a group of strangers. Her grandmother finally got her mom’s attention and explained what was going on. I’ll be damned if she didn’t say “I’ll deal with this at home, Mom. I’m busy talking right now. Besides, it doesn’t look like these two are even enjoying our company anyway.” Oooh, I was so angry. So not only was the little girl acting terrible, little girl’s mom was being disrespectful to her own mother. Little girl’s mom walked off to rejoin her conversation. I turned sideways in my chair so that I was facing my husband. I attempted to completely ignore the little girl. Suddenly a piece of heavy cardstock paper came sailing through the air and hit right below my eye. Her grandmother stood up, grabbed the little girl’s wrist, and practically dragged her to where her mother stood. The little girl was moved to a different seat so that we could finally eat in peace. I was dumbfounded by the experience. How could any parent turn a blind eye while their child behaved like that?

A couple of years ago, I switched medical fields from women’s health to family practice. I was unprepared. I was bewildered when parents would bring their children in requesting that their children receive treatment for behavioral problems and even asking for inpatient admission to mental health facilities. When gathering the details, I would find out that the young children would do things such as tell their parents that they hated them, not go to bed when they were told to, not do their homework, etc. I am not talking about children that suffered from conditions from such as oppositional defiance disorder, ADHD, depression, autism, or other issues. There are people who actually want to send their kids away instead of setting concise and structured rules. You cannot convince me that this is not a part of the issue when I have to keep interrupting parents’ Candy Crush time to get them to answer my questions. 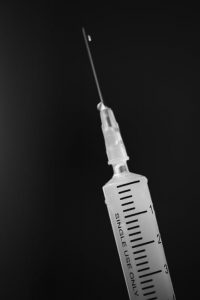 This is not the only bad behavior that I have encountered in my place of work. I totally get that children are often scared of medical offices. I had to have my oldest son sedated until he was twelve for dental work. I might sound uncaring in this article but it is not the case. I will do anything I can to accommodate, reassure, and comfort my patients of any age. But when my preteen patients (completely old enough to know better) tries to hit and bite me when receiving an injection and the parent sits idly by, I can assure you that my mom voice will be used. If the parent won’t step up and intervene, I will. I have had young patients blatantly ignore me while they play on their phone so I will gently remove the phones from their hands. One patient responded to this by telling me that she hated me but I am totally comfortable with that. I had another teenage patient insult my son because he went to a rival school. I replied “Wow! That was super rude and uncalled for.” The mother said nothing.

I could go all day. I have a million and one examples. I know as I am typing this that are people who are going to disagree with me. They are going to argue that I do not understand the circumstance….blah, blah, blah. I got you. I am the first one to play devil’s advocate in conversations. However, we are doing a serious disservice to our children and to the future of society but not stepping up and stopping kids from behaving like little assholes. They are going to be grow up to be big assholes in the very near future. Do you really want them running things? Come on people! Control your kid.