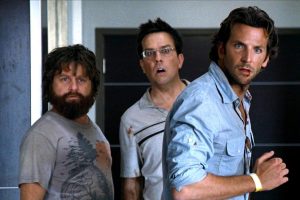 I have never had the urge to experience a drug that will cause a trip to completely forget everything. For a reference point, the way the three best friends that anyone can have from The Hangover losing their friend Doug in Las Vegas. I have never wanted to know that feeling. I have been so drunk that I have thrown up, I may or may not have pissed myself, but I still was able to piece together everything. However, when I read the claim that PETA believes that milk is the perfect drink for supremacists and causes Autism, I wanted to find as much ecstasy as humanly possible. Maybe that mind eraser from Men in Black actually exists.

So, PETA or the People for Ethical Treatment of Animals decided that it would be an excellent idea to talk about milk. And not human milk because to PETA it is acceptable for humans to consume human milk, but for a human to consume milk from a cow, it would be the equivalent of taking the Lord’s name in vain while Jesus was on the cross. First up in the lunacy brought to you by the people who will tell you not to eat a turkey at Thanksgiving, but will mercy kill a pet if they have a chance…. And you bet your ass I have a link….. Decided to throw out an idea that well makes sticking a particular male body part in a device that makes bread a tad bit toasty. PETA claims that Autism is linked to dairy. So, I guess let’s tackle this first. We throw out all scientific research that shows the relation of Autism and genetics, and this is what you are left with? I thought the anti vaxers argument had holes; this is a piece of non-Autism causing Swiss cheese. PETA used an ad of cereal and milk as a scare tactic to get you to click on a link that proves absolutely nothing. The television shows searching for Bigfoot have more scientific proof of the monster existing than PETA does with dairy and Autism. But sure, let’s scare people into thinking what we believe. Because that is freaking healthy. The article goes on to cite children in a study having gastrointestinal issues. So, you mean to tell me that a growing child farted. OMG. It’s statements like this as to why people believe in spontaneous human combustion. The worst thing about a child farting is going to be the smell, get over yourselves. But the smell will be masked by the sound of laughter so it all works out. Also, PETA claimed the health benefits of soy and almond milk. First of all, not actually milk. The last time I checked a soybean does not have a teat that produces milk to feed other smaller soy plants. But if that were true, I would be haunted every freaking night. But the stupidity of PETA does not end there. Nope. This was just the tip. JUST THE TIP. 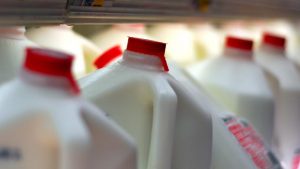 PETA is also claiming that milk is the drink of choice of supremacists. The last time I checked, I thought the drink of choice among a group of people spreading hate in droves was Natural Light. Because just like their soul, it has no taste. But PETA is telling me that it is milk from a cow. Did a member of PETA see a ritual that the rest of the world is not aware of? Do people with hate in their hearts line up to suck straight from a teat? That may be true. I see a lot of sharing among that group, but this isn’t about those asshats, this is about the asshats at PETA. The reasoning behind milk is the ultimate drink of hate, a tabloid in the UK. How did I have a gut feeling that it was going to be a rubbish publication printing something dumb because everything is true on the internet? The post talks about white supremacists who had the milk emoji in their name on Twitter. If that is the logic we are going to use in this situation, I have a friend who has a bacon emoji in their name on Twitter, does that make them a fat greasy person? PETA is always going to try to strike fear in people’s minds to get others to follow their bullshit line of thinking. I know we have all dropped the remote but it was just out of reach, that is all of the PETA arguments when it comes to the two topics. And before anyone says this is some left-wing thinking, shut up. PETA is just a bunch of loons; I am sure no side claims the group. Much like Christians not claiming the Westboro Baptist Church.

But when breaking it down to the roots of the issue, PETA and Supremacists are the same. They are both groups who will do anything to strike fear into the hearts of others, ignore the facts, and are giant douche canoes.