The Netflix Empire is Starting To Fall 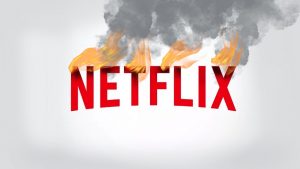 When you need to blow your nose, you ask for Kleenex, but are tissues. Kleenex has to be the best company in the world when it comes to branding their name. And the most recent example of that would be the way Netflix revolutionized the streaming service market. When a person wants to binge something, no matter what it is, let’s see what is on Netflix! Or lets Netflix something. Netflix is a branding machine. But even as much praise as we can give the streaming giant, eventually the reign of the king has to come to an end. And that is the problem at Netflix right now.

A decade ago if you signed up for Netflix, you could browse a small online catalog of movies, and TV shows no one actually watched. But primarily you would be sent DVDs in the mail of movies that you wanted to see. And sometimes you would have to wait awhile for those movies. I reminded me of going to a video store all over again, except not having to deal with the pimply faced teenager behind the counter. But as the times change, Netflix was an innovator by adding more shows and movies people actually wanted to see. Over the years, the streaming service had dealt with Showtime and Starz to show their catalogs. And again, as time progressed, Netflix started making their own originals. Well, kind of.

Netflix churns out show after show to audiences around the globe, and much to critical acclaim. And it seemed nothing would stop the streaming service, but little did one know their own worst enemy would be themselves. The company is now in debt over 20 billion dollars and now seeking to take out a 2-billion-dollar loan. So, whoever won Mega Millions could theoretically bailout Netflix. But why is this happening? The answer is in your “watch now” queue. Netflix produced so much original content that the company chose quantity over quality. And sure, there are some hits thrown in there such as Stranger Things, but for every one hit, how many shows fail? 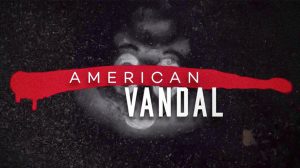 Netflix is in the process of canceling shows that are made by other studios. And the outrage is real. Just this week alone, Netflix axed Marvel’s Iron Fist and Luke Cage. And this decision baffles me. Hashtags on social media prove these shows are some of the most beloved in the Netflix catalog and should not be axed. Netflix never gives us streaming numbers when it comes to shows, so we do not have that reference point. The one story we do have is that Netflix did not see eye to eye with the producers of Luke Cage. The statement seems like a copout answer if I have ever heard one. And just yesterday, Netflix canceled American Vandal. All three shows were a hit with fans. So, the question is why cancel so many shows? Well, the answer might be more significant than you think. All of the shows canceled this week by Netflix come from ABC Studios. Ah, the Disney factor. And being that Disney will launch their own streaming service within the next year, it seems the competition has begun.

Netflix will not go away anytime soon, but the company has to do something about the crippling debt that it’s facing. We could see ads before shows much like YouTube, another price increase, or even new pricing levels where if you want to see shows such as Stranger Things, we may pay $20 a month. And we as fans will pay it, or just stream it on a jailbroken Firestick.