Waterloo Revival Continue to Make Waves in Country Music With... 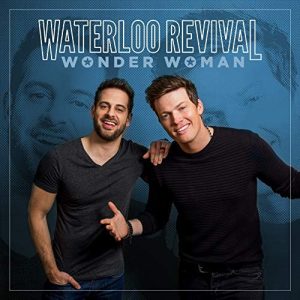 If you can recall, last year we featured rising country duo Waterloo Revival as one of our Artist Spotlight features, as well as included them on our list of 10 Artists to Know in 2017. Their infectiously flirty single, “What Guy Wouldn’t” was also one of our picks for 2017’s Best Music Releases. Now, here we are almost a year later, ready to tell you that if you haven’t checked out their latest project yet, then you are most definitely missing out on some of the duo’s best work to date.

George Birge and Cody Cooper – better known as the charismatic men that make up this dynamic duo, promised their devoted fan base (known as Reviver Nation) that when they had new music ready to finally release, it would be well worth the wait. And if there’s one thing these guys know how to do, it’s following through on a promise, especially one made to their fans. Their latest EP released August 31st features three brand new tracks that are unquestionably taking Waterloo Revival’s career to the next level and right into the spotlight where they belong.

Beginning with the first single, “Wonder Woman,” this new EP of the same name really highlights the duo’s multi-dimensional talents in ways that their previous releases haven’t. The title track, for example, feels like a mashup of Justin Timberlake and Bruno Mars mixed with a little Thomas Rhett and Brett Eldredge. As the leadoff song, “Wonder Woman” sets the tone for the EP with its Casanova-like lyrics about an instant attraction leading to something more. Following the upbeat tune is a nostalgia driven ballad about reminiscing over a former flame. “Back to You” is another stellar example of George and Cody’s uncanny ability to deliver the most heartfelt and melodic love songs whose modern relevance (not to mention total swoon-worthiness) is flawlessly blended with the traditionalism inspired by the classic country the guys grew up on.

As they close out their most recent project, Waterloo Revival leaves their listeners on a high note with those signature harmonies that get stuck in our heads long after the song has ended. With its island themed vibes and seriously dance-worthy beats, “Makin’ Waves” is without doubt the catchiest song on the Wonder Woman EP. Sizzling yet light-hearted lyrics in the same realm as the duo’s 2015 single, “Bad For You,” make this feel good jam the perfect addition to any date night playlist.

Overall, this latest release from the Show Dog Nashville recording act is refreshingly unique and certainly stands out at a time when there’s no shortage of new, up and coming artists who are also worthy of music fans’ attention. Aside from their obvious musical talents, though, George and Cody are also dedicated musicians who work hard to make the best music they can that will not only feed their passion and drive, but will also resonate with their fans. Genuine and authentic to a fault, Waterloo Revival are in it for the long haul, whether they’re performing an intimate set for 50 people or one day playing to a stadium filled with thousands of people. These Austin natives put their heart and soul into everything they create, and based on the response so far to the Wonder Woman EP, it’s clear all their efforts have paid off.

So, if you’re not already on board with Reviver Nation, then move out the way because Waterloo Revival are comin’ through!