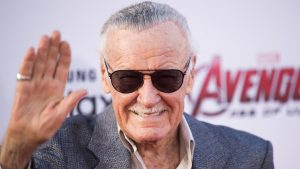 The world of geekdom is collectively in mourning as the man who co-created Marvel comics, Stan Lee passed away at the age of 95. Over the past year Stan battled with health issues, on Monday morning the comic legend was rushed to Cedars-Sinai Medical Center, where later he passed away.

Stan started Marvel with Jack Kirby by creating The Fantastic Four. He would go on to create many of the titles that would take over modern day pop culture such as Spider-Man, Black Panther, Iron Man, The Incredible Hulk, and The X-Men.

A new generated was introduced to Stan Lee through his iconic cameos in the Marvel Cinematic Universe.

Stan Lee will always be a legend in the world of comics and pop culture.