Self Help For the Helpless: Thanksgiving Edition 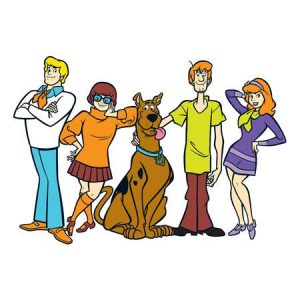 As a cartoon character it’s hard to be negative. Everyone around me is so damn happy. I get tired of walking down the street and hearing the sun sing. Have you ever heard the sun sing? He has a voice of 62-year-old smoker working a diner in the middle of nowhere Arizona. And if anyone is ever negative around here that person is stopped by four meddling kids and a dog that can talk. But you do not live in the animated world. In your world the sun doesn’t sing, the sun causes people skin to look like the turkey they are about to eat. Also, being negative is kind of the norm. I like it better. But there is a difference between being a Negative Nancy and Debbie Downer. In this edition of Self Help for the Helpless, I’m going to tell you how to not be the reasons get black out drunk this holiday season.

First off, the world doesn’t fucking revolve around you, cupcake. I bet that’s going to be a hard pill to swallow. I will take a moment so you can have a second drink of water to get that down. Let me explain, I understand that bad things happen to everyone. Every person real or animated has gone through some shit in their lives. I watched a maniac try to put other cartoons in an acid dip. That sort of thing gets imprinted on your brain Twilight style. But, constantly trying to make everything about you proves that you need to reevaluate some things. Just because life may suck in your world, does not give you the right try to pull others down into the pit of despair. The only thing that makes you is metaphoric asshole version of a Sarlacc. 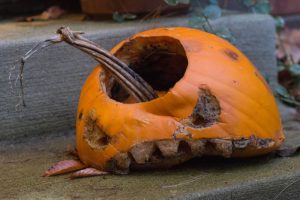 Another thing, you’re allowed to be upset if things do not work out the way you wanted them. I feel that is a life lesson that needs to be shared with all. However, you’re not allowed to be upset if it didn’t workout the way you wanted in less than 6 hours. Holy Hell. You know if I had a Doctorate Degree, you can bet your sweet ass, I would start a community college class teaching people patience. I wouldn’t show up until halfway through the class, mostly because I am lazy, and fail anyone who left early. I would make bank. Happiness takes time. The only instant gratification causing happiness is cake, and trust me when the cake runs out, you are back to being the human version of a Jack-O-Lantern 6 weeks after Halloween. And I bet you’re thinking, “Dan you are being way too harsh.”  And I say to that, I’m not being harsh enough. But I do not want to be demonetized. Or have a scam company try to send an extortion letter because I used a word someone masturbated to in 1969 at Woodstock. If you are able to take control of a situation, when the time comes, just do it. But if you need to wait, sit there and enjoy the bloody ride.

So, with Thanksgiving approaching, how can you not be the twat waffle at the dinner table. I have three words that will should resonate with everyone. BE FUCKING THANKFUL. Be thankful that you get to spend time with family when other have lost theirs, or aren’t allowed to come any family function for being who they are. Be Thankful that people listen. Cause eventually everyone has a breaking point. People will be there for you, but have you done the flip side? If you answered no, remember this is holiday to be thankful for what you have and not what you want.