It’s been a pretty interesting year for theatre patrons. We’ve seen the return of the Predator and Michael Myers, an actual solid performance from Nicholas Cage, grown men playing tag, nostalgia incarnate, and the decimation of half the Marvel Cinematic Universe.

Originally, I had planned on writing one single article about all the movies I’ve seen that came out this year. Of course, that changed when I sat down and made a list of all of them. Thirty-two movies in total. For clarification’s sake, I’m writing this first installment on Tuesday, Dec. 11 and there a few movies this year I plan on seeing. However, for the purpose of this first section I don’t think those films will pertain to this part of the list.

Since the films I’m talking about are still relatively new, let me warn you: Here there be spoilers!

So without further ado, allow me to present to you my 2018 Movie Rankings from worst to best starting with: 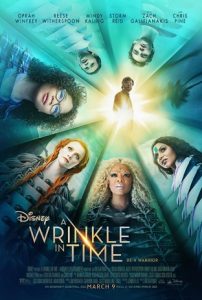 The absolute worst film I watched this year. And that’s saying something considering some of the garbage that I sat through this year. One of the reasons why it made the worst of the worst was that I don’t really remember anything about this film. Sure, I know the plot but that’s because I read the book when I was a kid. Going back to the review I wrote after watching the movie, I understand why. Nothing in that movie is memorable. The plot dragged on, the characters weren’t that interesting, and the action was nonexistent. Sure, the CGI was amazing but that’s expected from Disney. I also will not tolerate a beloved novel being twisted into this sad excuse of a movie. 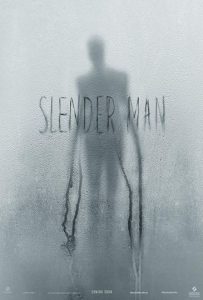 As bad as Slender Man was, at least I remember all the plot points of the film. There were a few interesting things utilized in the film. The problem is that it follows a very generic plot. Stupid teenagers decide to enact an ancient ritual to summon an ancient being that will eventually hunt down and systematically kill or drive crazy each of those teenagers. By the end of the film, you’re rooting for Slender Man to do just that. By the way, if you think thin, faceless, old white dudes that wear business suits are scary, then just go walk around Capital Hill. What? Sometimes real life is scarier than the fiction we create. Just saying. 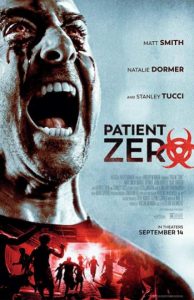 Matt Smith. Natalie Dormer. Stanley Tucci. And that fat guy from the Night’s Watch. Oh, and zombies! How could this film be bad right? That was my thought process as I purchased the DVD. Then I watched it. First off, they’re not zombies. They’re infected with a mutated strain of rabies. Ugh. Then Matt Smith can understand and speak with these infected because he got bit and didn’t turn. Okay, that’s a bit interesting. Except that he speaks with an American accent. For those that don’t know, Matt Smith is famous for playing the Doctor in the British TV series Doctor Who. Dormer and the Night’s Watch dude didn’t bother to cover up their accent but through the entire movie I couldn’t get past how amazing Smith’s accent was. And that’s what pulled me out of the movie. Which wasn’t that hard considering the entire premise is rubbish. The last bastions of humanity are trying to find patient zero in an attempt to create a vaccine that would cure the infected. That’s right, you heard me right. They are trying to find 1 person in 7 BILLION. 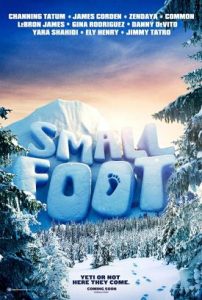 Now before you all freak out. I understand that this is one of those, “What the heck was he thinking?” type of movies on my list. While this film was funny in parts, I just couldn’t get past the whole “religion is rubbish” message of the film. Being a Christian, this rubs me the wrong way and I just couldn’t look past it. Plus, have you ever given any thought to why the Bigfoot don’t have a noses? 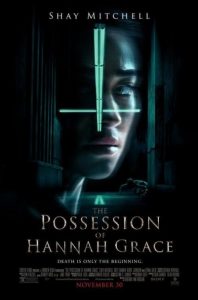 28. The Possession of Hannah Grace

This film had an interesting premise. Disgraced cop comes out of drug rehab and works as an overnight morgue attendant. Add a dead body that is possessed by a demon and you’ve got a potentially awesome psychological and religious film. Except, it was handled extremely poorly. The demon was too overpowered except when the main character was fighting it. There were so many points in it where the main character should have died. The demon is rejuvenating the host body by killing people in the morgue, but doesn’t kill the main character because… she’s the main character. 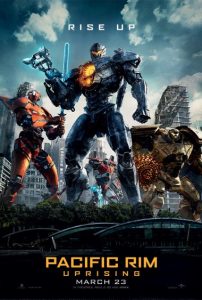 I’m getting to point where I don’t hate the films, but I have to list them as the worst because they are on the bottom third of the list. Big Monsters fighting big robots. The Pacific Rim movies don’t slouch when it comes to that premise. The problem is that the films lack any character development. They don’t even mention the main character from the first one. They have returning characters but none of them talk about the main character from the first. I will applaud the really dark twist at the end that made the film interesting and more enjoyable than the first. 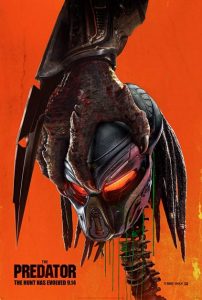 I know, I know. If you’re like me, you were waiting for Chris Hansen to rescue everyone and catch those predators. Sadly enough, that’s not what happened. Instead, we got comical mentally-ill war veterans fighting intergalactic hunters. There wasn’t even a reference to the Governator’s character. 2018 was a year of nostalgic reincarnation and this film was one such attempt. Except it failed miserably due to a horrible ending and a weak reason as to why the Predator’s have been hunting our species more frequently. I’ll give you a hint: Global Warming. Yup. 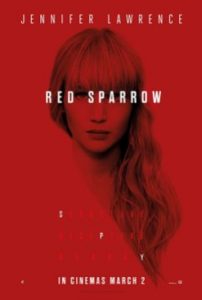 I went to see this film for one reason: Jennifer Lawrence. Say what you want, JLaw is an amazing actress. But not in this film. Her acting is about as cold as the country the film takes place in, the Soviet Union. The plot follows JLaw’s character, a ballerina that can’t dance anymore due to a broken ankle, as she’s forced to serve as a spy. The rest of the plot is pretty predictable. 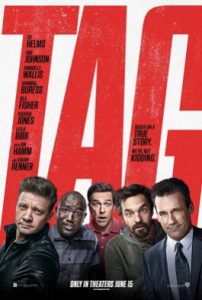 So Tag wasn’t horrible. But it wasn’t great either. The story is based from actual events about grown men playing a single game of tag for thirty years. It’s got a stellar cast and is actually really funny throughout the film. So why is this one so low on the theatrical totem pole? There are unnecessary nuggets of raunchy humor that just shouldn’t be in the film. 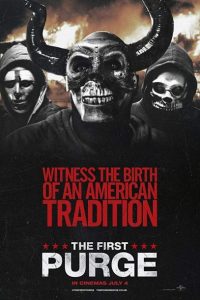 There are several problems with this film. The first being that the main characters live even after finding out that the government sent mercenaries into the Purge to make it look like more people are being killed in order to have enough conclusive data to support an annual Purge. That’s right. Going into this movie, I fully expected one of those films where you’re rooting for the main characters and it looks like they might survive, but no they’re all killed at the end. Otherwise, the characters would just shed light on the fact that the government is trying to pull the wool over the eyes of the American public. Except they don’t. They live and that’s where the film ends. Which means that they either don’t care about exposing the government, they were assassinated by the government anyway in order to hide the truth, or the American public didn’t care about a few more conspiracy theorists. How do we know this? Because this is a prequel film to a series about an annual Purge. Also, I dislike this movie because when I talk about the First Purge people aren’t sure if I’m talking about the prequel or the first film starring Ethan Hawke. 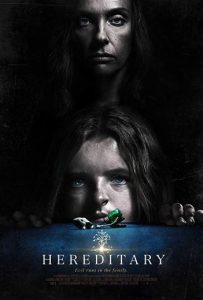 The last film in my Worst category and you all might be thinking why. It was about a half hour too long. At 127 minutes, there were multiple times in the film where I pulled out my phone to check the time. The acting was great, the special effects were also great, and there were moments where the suspense built up really nicely. However, the filmmakers were trying to cram in a psychological thriller about death in the family with a typical demonic possession film. They took one and a half hours to build and cultivate the relationships of the family members, but the last half hour is where they just tear everything down with the hurried and forcibly awkward and confusing ending where the family is plagued by a cult and the demon they worship. At the end of the film you’re left yawning and scratching your head in confusion.

Well, that was quite the trek down the trash heap of my time in 2018. Do you guys agree with my list so far or do you think I’m wrong? Let me know in the comments!

Join me next week when I count down the mediocre films of 2018!